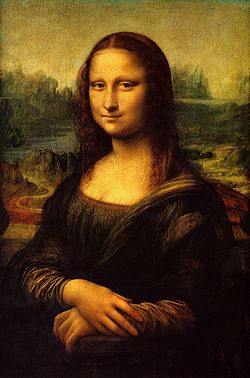 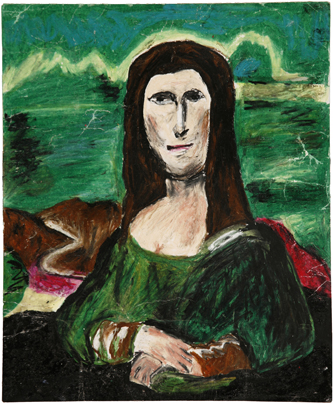 One of these is from the Museum of Bad Art

It occurred to me while browsing some of the greatest art of the 20th century to ask this question: Why don’t we see more art like this today?

For instance, it ought to be very easy to imitate the famous drip paintings of Jackson Pollock with fractal algorithms. In fact, I’ve already done it. And yet, my digital drip paintings have not received anywhere near as much public attention and critical acclaim as Pollock’s. Mine haven’t received any attention or acclaim, in fact. And I think mine are better.

I’m sure I’m not the first person to imitate Pollock, but as far as I can see there hasn’t really been very many attempts. And considering how easy it must be to copy the idea and the implementation of Pollock’s drip painting style, or for that matter, anyone else’s ideas and styles, there ought to be a lot more imitators of great works of art out there.

Or how about the famous Mondrian colored square paintings? The works, when done by Mondrian, received and enormous amount of attention and have gone on to be one of the most widely recognized styles in abstract art. So why aren’t we deluged with all sorts of imitations? Just changing the colors would be an easy variation of this style, but there doesn’t even seem to be much of that.

If these famous, classic works of art are so great, then shouldn’t there be at least a little greatness when other artists produce variations of those astounding themes? In fact, it begs the question: What were those classic examples of modern art famous for? Or, What’s so special about a Pollock drip painting that subsequent imitations can’t seem to imitate?

You’re probably catching on to this now. The classics are famous because they were examples of innovation; they suggested new areas to be explored. And those areas were explored, and from that exploration other artists produced work that may have been equally interesting but lacked the historical significance that came from being the original innovator. The classic works are just as valuable for the historical role they played as they are for their artistic merits. And as I’ve just suggested, later works by other artists may have had the same (or greater) artistic merit but haven’t received the same popular attention because they weren’t they weren’t the ground-breaking examples. The favorite artworks of many people are not always ones that are commonly known or the ones that are held up as textbook examples.

If you’re going to imitate anything, it ought to be the originality and creativity of famous artists. In other words, the best way to imitate classic art is by making something new. Initially people will ignore you and most likely the only attention you’ll get will be insults and ridicule, but those have been the traditional hallmarks of the new and the different. Be suspicious of compliments.

And another thing. If you’re afraid of being embarrassed or laughed at, your work will always be embarrassing and laughable.