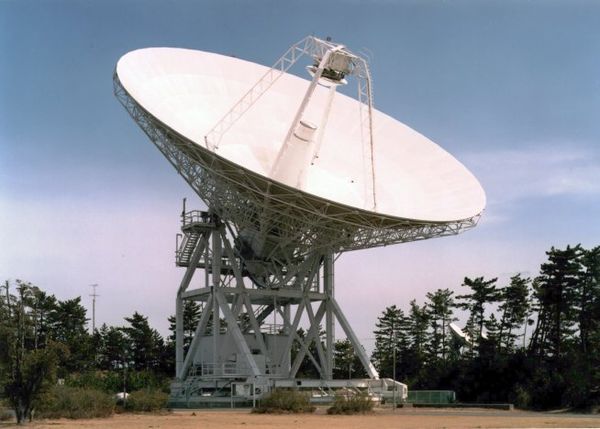 A Typical Fractal Gallery
Digital art is not displayed or presented in the way in which paintings or photographs are. One doesn’t exhibit digital art, one broadcasts it. The digital medium is so different from the traditional paper and canvas medium that concepts like copyright, which were established in the offline, pre-internet world, have different meanings, and sometimes no meaning at all in the digital environment of the internet.


One of the common themes I’ve observed in my 10 years in the online art world is that of artists lamenting how easy it is for people (those evil, thieving people) to “steal” their artwork. As a hobbyist, I find myself just as much in the role of the art-viewer as I do in the role of art-maker. Furthermore, as someone who’s over 40, I can relate to the old world where all art and culture was offline and either printed on paper or framed and hanging on a wall. But I can also relate to this “new” online world where everything from seemingly everywhere is continuously available on my computer screen at no apparent cost and without any of the usual physical interactions required to gain access or permission to it. Cost seems somewhat abstract; on the internet I don’t feel like everything’s free so much as it feels like everything’s already been paid for. Just like television, or the radio.. or like any other broadcast medium.

I came across an online history of the World book a few years ago. Like many other attempts to bring together everything important that’s ever happened in the World, I found it to be more religious than scholarly and also rather hard to read. But one brief biographical note by the author stuck in my mind: after graduating from university he later moved back to live near his old university. But not to pursue a graduate degree or anything like that, but simply because he found life to be unbearable unless he had access to a university library. As someone who used to spend his Friday nights browsing through the book shelves during my university years, I can really relate to that hunger for a vast, high-grade information source. But today, anyone who has an internet connection has, more or less, that vast information source right on their computer. It might not always be the best, but the internet has the wide range of materials and specialized kind of items that only a university library used to have. Inside the library it’s all free, because the university has already paid for the books. Internet access is like owning the whole library. Of course, copyright law doesn’t see it that way.

This is the source of frustration for digital artists who want to display their work and yet at the same time, enforcing their legal right to copyright protection, derive some income from the reproduction and sale of their work. Reproduction is the key concept; in the online world there is no such thing as reproduction as there is in the offline, printed world. Or actually, on the internet, the digital world, everything is a reproduction, just as broadcasting a television signal creates the potential for an unlimited number of “copies” of a television show when viewed by millions of people on millions of television sets. When we watch television, our TV set “creates” a copy of the show.

In the world of the print medium I grew up in (which I believe still exists today) publishers would speak of the number of copies they had printed and book sellers would speak of the number of copies of a book they sold (or not sold). I don’t remember any television producers speaking of the number of copies their viewers had bought. The television industry spoke about the size of its audience, and not numbers of copies made. In Mass Media, copies are an abstract and irrelevant concept for the simple reason that you can’t control who’s viewing, or “copying”, your show and subsequently you can’t sell it (you can ask for donations, though!). Mass media producers sell their audience’s attention to advertisers who use those brief opportunities to influence the audience’s consumer behaviour by trying to get them to buy their products. It doesn’t work that way with books or other printed matter.

Enough. Here’s the conclusion: In Digital Art it’s all about resolution. Broadcast in Low-Res, Print in Hi-Res. Don’t worry about Low-Res copying or unauthorized use because it won’t hurt your print sales and will quite possibly be beneficial to them. Yes! It pays to be robbed –on the internet!. Your Hi-Res files are the real thing; the Low-Res files are like your business cards. (You might want to put your name on them since people might forget). If you make great artwork, then people will pay to have a print of it and that can only come from the Hi-Res file which you –and only you– need to posess and control. There you go, we’re all happy again!

Now, if all you make are Low-Res images and you post them without your name, like I do, then you’ll never make any money –ever. But the potential for great fame still exists. And that’s still an achievement worth considering. I’ll bet there’s a lot of big, rich artists today who would trade all their money just to be famous.