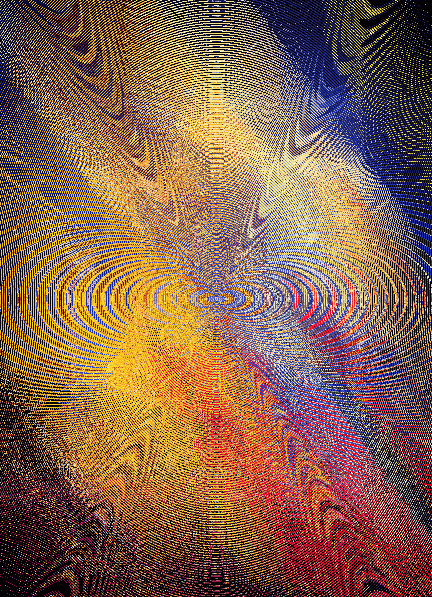 Abandoned now, the memories still exist. Ask anyone, like me, around my age, how the radios at one time used to come with a little TV screen, the size of someone’s palm.

I guess it was like a cell phone picture screen, but you didn’t see icons and a little computer screen, you saw the radio waves. They shimmered, sort of, and made scratchy looking, wavy shapes.

There’s nothing like it today. The colors changed a lot, and when you turned the tuning dial, the picture shook and crackled like the music did.

You couldn’t do a screen capture or save anything. Some people got really good at it though, and would show off the pictures they could make on their radios during recess time at school.

I don’t remember when the aliens came back, but that’s when all the radio screens disappeared. Nobody said a word, but I knew. I was playing with my radio and watching the scratchy colors and that’s when I saw their ship appear on the tiny screen. I saw it coming through the sky. Just one ship.

Not long after, my brother’s was gone and no one at school had one anymore, either. I kept mine hidden, but they found it.

Nobody said a word, but I knew.