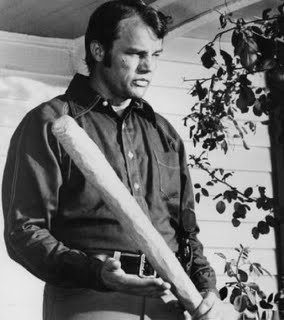 “I had to stand up for myself alone, and you saw what they did to me…
Until all men can stand up for what they believe in, THE SAME DAMN THING CAN HAPPEN TO ANY ONE OF YOU!”

Okay, I think I’ve got it all figured out now, how the whole fractal art scene/community/world works.  Let me just put down my cudgel for a second because it’s hard to type with.  For mental navigational purposes, let me say this: I will start with listing what I personally consider to be the main characteristics of the online fractal world, some of which have puzzled me for years, and then go on to explain what I think the source of those features and mysteries are –why the fractal world is the way it is. Keep your shoes on, there’s broken a lot of broken glass around.

And here’s what I think explains all that:

The interest that most people have in fractal art is the pursuit of rich, ornamental imagery... These people have been drawn to the program Ultra Fractal, because that’s the most effective tool for making that type of artwork. The internet enables these people to network with each other and they’ve gradually established, over the years, a large but informal organization revolving around their mutual interest in UF. I’ll call it the UF Guild; UFG. The higher skill level and greater experience of the older users along with their continued leadership in the development of UF resources justifies their higher status and authority in the eyes of newer members, who also value those things and want to pursue them like the older members have. People who lack such similar interests gain little from their association with the UFG and having little attachment to it, drift away. Over the years, the UFG has increased in size and in the support of its members to the point where it’s now able to convincingly present itself and its art to people outside the fractal art world as the contemporary standard in fractal art.  It would not be a great exaggeration to say that the UFG has become the fractal art world.

Are the contests public or private? Universal or Specialized?
Their annual contests, administered by senior members have become annual awards ceremonies establishing the reputation and talents of newer members while perpetuating those of the older ones. The defence that such contests are private events and shouldn’t be compared with contests that are public where contestants commonly expect judging to follow the customs of fairplay and impartiality is paradoxicly both a reasonable one and not. It’s reasonable in the sense that the UFG is an exclusive, but voluntary, association of artists with a demonstrated preferences and bias for the rich, ornamental artwork that is almost exclusively made with UF.  And yet the UFG has also come to incorporate the majority of what would be considered the fractal art world, or fractal “public”, and in such a “public” setting, the status that so many senior members have as judges and the personal connections they have with each other would be seen as unprofessional because in a public setting such conflicts of interest in judging generally lead to suspicions of abuse even when abuse does not actually occur. But, among the members of the UFG, there is no weakening of their confidence in the judging because they already know these people and trust them to behave in a way which benefits the UFG as they’ve already done for years. There is artistic bias among the judges and in the restrictions placed on submissions, but this “bias” is shared by almost all of the fractal art community, whom, as I’ve mentioned, pretty well make up the UFG itself these days.

If the contest wants to represent all of fractal art, then it needs to become more inclusive and adopt policies that will give every contestant a reasonable degree of confidence in the judging. If however, the contest wants to focus on UF style artwork and artists, then there is little reason to change anything as this is the way the UFG has smoothly operated for years and only UFG members will want to enter anyway.  With the exception of Orbit Trap’s two editors and maybe a few other individuals, there are no serious objections from the fractal art community in how the contest is designed, run, or the final selections it makes.  And this is the conundrum: The UFG has grown to include the majority of fractal artists and has redefined what fractal art is –for most people.  And that is artwork which can be described as rich and ornamental, made in the multi-layered and multi-talented program, Ultra Fractal.  When one speaks of the “fractal art community” they’re really talking about the UFG, whether they’re aware of it or not.  I said similar things two and a half years ago here.

Orbit Trap and the Clash of Fractal Civilizations
This is where Orbit Trap entered the scene. I think you can see better (I can) where the huge differences in perspective on the contests came from. Damien Jones, the organizer of the BMFAC has argued that the contest is not a community event, by which I believe he’s trying to say, it’s a really a special event with “special” rules and practices. He also repeatedly used the defence that the contest’s rules and selection panel were clear and obvious to anyone entering the contest and since no one has to pay an entrance fee or has any reason to enter the contest other than having their work judged by the selection panel there’s really nothing anyone has to complain about. His efforts made the contest a reality and yes his friends make up almost all of the judges and there is definitely a bias toward UF and that kind of artwork, but as I’ve mentioned, it’s a bias shared by most members of the fractal art world, so he could say it’s a very popular “bias” or just business as usual in the UFG.  If the organizer himself was to be replaced with a randomly selected member of the fractal art world with adequate ability, I believe the contest would remain pretty much the same as it is because a blind hand reaching into the fractal art world would probably pick up another UFG member, who has the same perspective.

It ain’t just the fractal art world that’s like this…
It’s these things about the fractal art world that my theory of the Ultra Fractal Guild is an attempt to explain. How well my theory fits the facts as other people see them is another matter. The online world can have a lot of blanks and explaining what goes on there and especially why it goes on, can require a lot of filling in because finding out isn’t often possible. Members of this “alleged” UFG have access to information that I don’t and I’m sure my theory will be greeted with suspicion by most of them (assuming they’re reading it) because I think I’m regarded as a “hostile witness”, as they say on TV. It’s not my intention or desire to pass judgment on the UFG as to whether it’s a good thing or whatever, but just to describe it for those who might be interested in how the fractal art world is composed and how it functions. I find it all rather interesting because I think the UFG exists in similar forms in other online digital art venues because the context I’m sure must be pretty much the same. I think the growth and development of the UFG is a natural one, given the type of interests it revolves around and the type of people attracted to those sorts of things. That’s why I compare it to a guild; an ancient and universal social group, because people tend to cluster and form these sorts of organizations out of mutual benefit in many social contexts in an almost spontaneous way.