Dave Makin, in a thread over at Fractalforums.com suggested that the mandelbulb deserves more attention:

Anyhow, while still shaking my head and wondering (like taurus66 in the quote) why anyone would be interested in that puffy, spiny thing called the mandelbulb,  along came someone else, in a completely different thread, posting their marathon session, 6-core rendering of “that puffy, spiny thing:”

So I’m a sucker for anything that looks like it might be something new in the fractal world, and also a little bit curious to see what on Earth could be worth spending “10 days on 6 cores” to render… 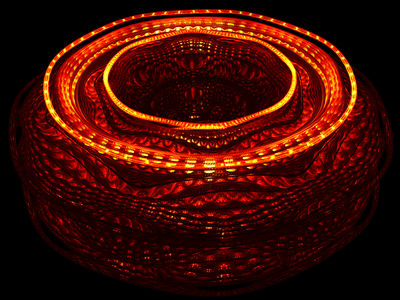 The full-size is …big!  A screenshot says it better.  I had to shrink it somewhat to fit it into a blog posting: 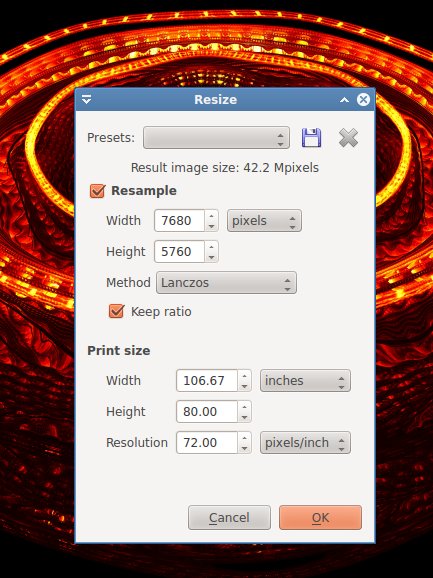 Big is a relative thing, but this is biggy-big to me.

But my browser doesn’t seem to do scaling very nicely so I looked it over at full resolution and I slowly realized that maybe that spiny, puffy mandelbulb really is worthy of more experimentation and general attention from fractal artists.

Even the title is hums with excitement: Mandel Donut Vegas.  Las Vegas, I’m sure he means, and the Mandel Donut bit is something that has a literary term for it where one contrasts two words with each other; the scientific Mandel and the truck stop Donut.  They get married in Vegas?

“Electrified Pumpkin” would not be as good.  I guess “Vegas” says electric better.  The top rings almost look like LED lights in a clear plastic tube.  And that’s the sort of schlocky, kitschy atmosphere of Vegas all over again.

At full size I was impressed by how much detail and variety there is in this “mere mandelbulb”.  It glows and the light fills, overfills and spills out in a hundred different ways.  This thing is more like a giant Disney World attraction than a simple 3D fractal image.  It must be the high resolution that makes such an impression possible.

Which brings me to another thing, that being the observation that while most fractal images look better as thumbnails (sad, but true) because they lack interesting detail when viewed large, a few, like Mandel Donut Vegas, can handle the close-up inspection and high resolution heavy lifting of a truly intriguing art object.  In fact, this thing looked better and better at high resolution.

Let me give an example: 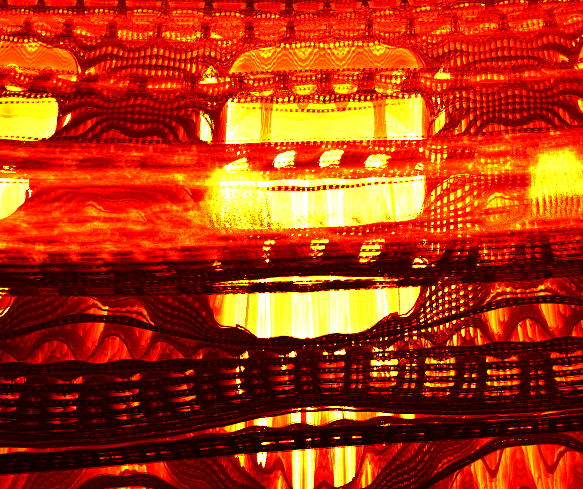 A technical note.  You ought to be wondering what program this was made with.  Doctor Furan explains:

I’m rendering in my own Fortran 77 program (I’m working on implementation of material models to FE-systems. Now only in F77, so it’s a sort of an excercise.) 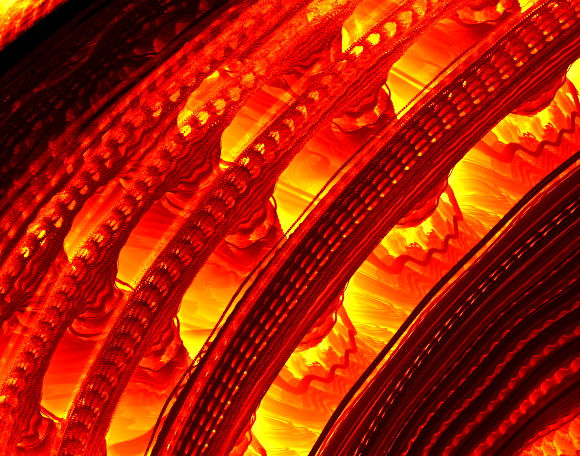 Allusions to the ruins of the Colosseum of ancient Rome?  I particularly like how the colors sometimes become too intense and overwhelm the image.  Lava flowing?  It’s all there –and more.  What are words compared to these sights? 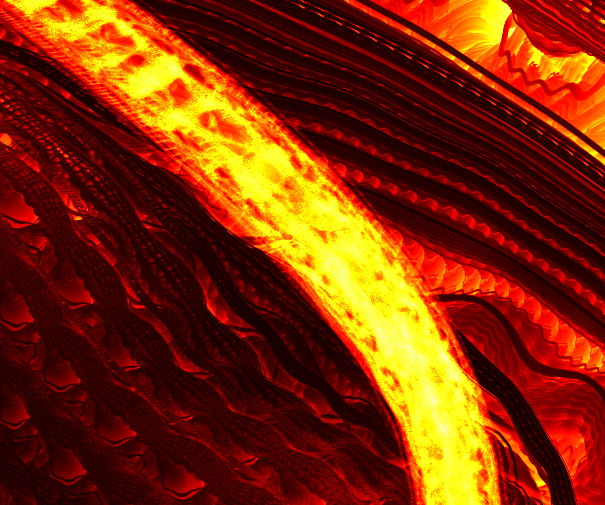 Line and over-line.  Light and shadow; hot and cold; the burning and the burned.  Yes, that old puffball called the mandelbulb has a few thrills left in it.

Not to be confused with these things: 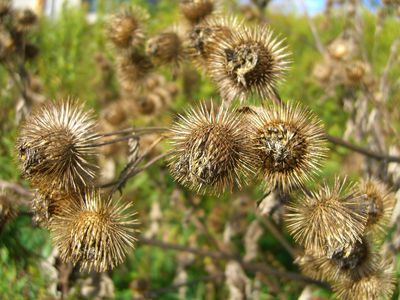 And now, back to lurking at Fractalforums.

Almost forgot: Furan has a website with more images: http://furan.sweb.cz/