…the image that was chosen for the cover of Avalanche Publishing’s 2009 Fractal Universe Calendar can also become the cover image of the May 2009 Journal of Managed Care Pharmacy? 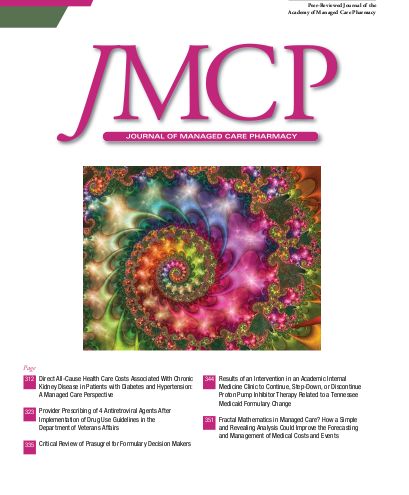 May 2009 Cover of the Journal of Managed Care Pharmacy at amcp.org 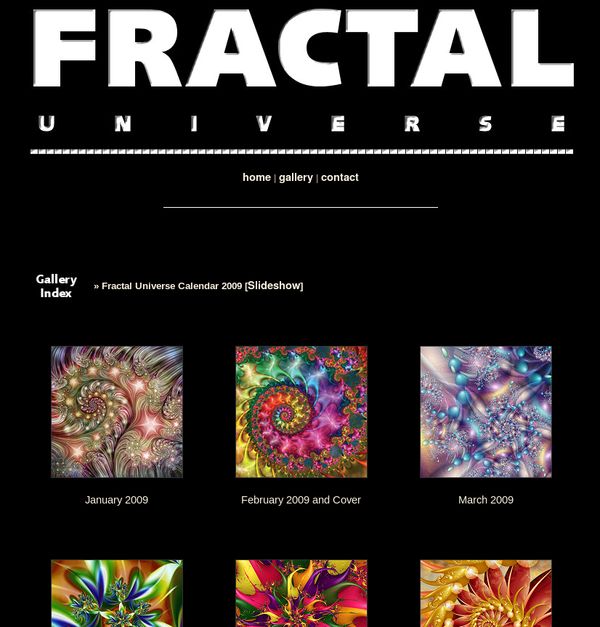 It’s not a big deal or anything and the artist, Keith MacKay, as author of the work, and I would naturally assume also the holder of the copyright for it, is free to do whatever he likes with the image but to me it raises even yet still one more question about the mysterious Fractal Universe Calendar: What exactly is Avalanche Publishing paying for if artists are free to re-publish their selected calendar images elsewhere? Could the artists publish their own calendars and include their winning images in them?

It sure looks like a pretty strange set up to me, although, fortunately, one in which the artists are getting the upper hand for a change. Normally I would expect any commercial publisher to require some degree of exclusivity when they pay for the use of an image, especially when those images are such specialized creative artwork like that of the Fractal Universe Calendar. I mean, if those images can be sold to other publishers then that would reduce the value of them, I would think.

…and especially when that artwork is the front cover of the calendar!

But then the whole Fractal Universe Calendar has been one long series of secrets anyhow. Why don’t they just put this sort of information on their website so everyone knows how the whole thing works? That’s what makes this double published image so intriguing to me: obviously there’s a lot more (that is, a lot less) to the deal between Avalanche Publishing and the contest winners and their selected images than one would expect if the image chosen for the front cover of the calendar can appear on the front cover of a magazine –in the same year. What rights does Avalanche Publishing get for the four hundred or so dollars that they pay for their images?  Evidently, all they get is the right to publish the images once in their calendar (and the mini version of the calendar if they decide to print one).  Artists reserve the right to do whatever they want with their images even submit them as cover art for magazines in the same year.