If you’ve only got one or two judges then there’s nothing that really needs to be explained.  But when you’ve got 12… one would naturally wonder how a much more complicated scenario like that would actually work.  How do a dozen people from all over the globe select a group of 25 images out of 345 entries?  Dave Makin says the Honorary Presidents aren’t “actually” judges and yet they are listed on the official site as part of the Selection Panel.  If that’s the case then how much does an individual judge know about the judging if such a basic fact about who is and who isn’t a part of the Selection Panel can be in dispute?

Just taking a glance at all those names on the Selection Panel makes me wonder if they all have equal roles.  Just like a chairman of a board of directors, someone has to initiate the judging and organize everything.  I would assume either Damien Jones or Javier Barrallo (or both) perform that role.  Makes sense, doesn’t it?  Someone has to organize the group.  But this begs the question of where does simple clerical organization and direction become the more executive function of control and manipulation?

Discussions take place, electronically I would assume, because the group is geographically spread out.  When there’s a stated mandate for the contest to create an exhibition that “represents” fractal art rather than just pick the best works, and we now know that a considerable amount of discussion goes on to accomplish this because simply counting votes won’t work when you’ve got to make sure no artist “wins twice” (or three times) and the many inevitable ties have to be broken… it suggests that there’s an enormous amount of influence and direction required by the organizers.  Aren’t the organizers acting as editors of the judging?  That is, they’re judging the judging.  What I’m saying is that they’re going to have to do that even if they didn’t intend to when they created what is essentially a committee in need of direction. 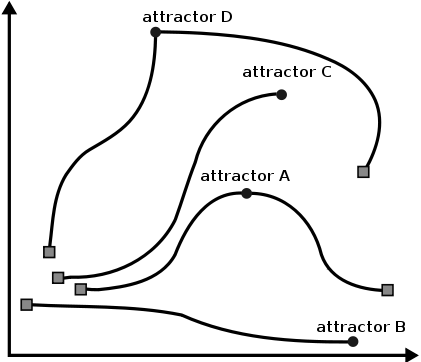 I think it’s an absolute necessity and that means that despite the big list of judges and the wide influence one would expect the actual result is one or two people exercising a disproportionate amount of control over the whole process in order to arrive at a decisive result that reflects a view of fractal art that can only be a subjective one because in who’s opinion has the Benoit Mandelbrot Fractal Art Contest ever been “representative” of the state of fractal art?  (Of course the judges aren’t really that diverse.)

It’s never really been a contest because from the very beginning it’s always had this huge group of judges and such groups never create clear decisions even when voting on just a few things.  How much more so when their tasked with selecting 25 entries out of 345.  Unless they’re “helped” that is.  I think anyone can see that the Benoit Mandelbrot Fractal Art Contest judging is not straightforward and simply can’t be.  12 judges and 345 pieces of art: how many more variables do you need to produce a circus?  Oh, and remember each name associated with a work can only appear once in the final results.  No wonder nobody has wanted to explain the judging of the Benoit Mandelbrot Fractal Art Contest all these years; its an irregular and informal thing.

For those who can’t understand why their artwork wasn’t part of the “winning” selection I would say they need only to look at chaos theory itself and remember that unpredictable results often occur in circumstances that are “highly sensitive to initial conditions”.  The old Butterfly Effect thing.