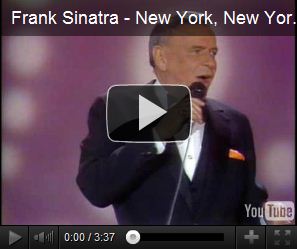 Or: Why the Offline Promotion of Fractal Art is a Waste of Time

There is no such thing as “Great” Fractal Art

This is the key problem, really.  I didn’t understand this myself until just this past year.  Fractal art is a limited medium and it just can’t make the kind of visual imagery that evokes great ideas or makes people stop and reconsider the nature of art itself.

The hopes of the contest organizers is that they will “wow” the offline crowds with something they will recognize as “real art” and start people and the media to take a serious look at fractal art.  But they won’t because such works don’t exist and never will.  There’s a ceiling to how impressive a piece of fractal art can be and that ceiling is well below the artistic stratosphere of Warhol, Goya, Picasso and even Pollock (yes, even those drip paintings).

Pollock’s drip paintings have historical value and are largely respected for playing a part in freeing the minds of the art world.  Pollock was like Columbus discovering the last parts of the world.  Covering the same territory today with digital tools doesn’t accomplish the same thing.

The greatest fractal art collection won’t move critics or even the average art fan to suggest that all galleries need a fractal room to be complete and up to date with today’s advances in art.  It will catch people’s eye for a little while.  That’s what decorative, design artwork does.  No one’s going to write a Master’s thesis on a piece of fractal artwork the way many have about Picasso’s Guernica.

Fractal art is too eccentric to appeal to most people

I didn’t use to agree with this until I heard Paul Lee say it once somewhere online.  Unlike most people in the fractal art world, Paul is trained and experienced with both sides of the fractal art genre; the technical side and the art side.  I thought about it more seriously when I heard him say it.  Actually he said “too abstract” but I think eccentric is a better term.

Sure, we’ve all heard stories of how appreciative people are when they see fractals for the first time and how they marvel at its (genuinely) freaky mathematical origins.  If all those people were connecting with fractal art work in a really meaningful way instead of in a merely superficial way then the fractal art world would be enormous by now.  To most people fractal art is just eye-candy and it melts in their minds as fast as chocolate does in their mouths.  The real aficionados are a statistically small group; weirdos like us.

Fractals are a world to be explored and to look at, not a few masterpieces to be studied and “understood”.  To have this happen in an art gallery you’d need to have an exhibit of hundreds of images, not a mere 25.  And without animation you’ve missed a feature of fractal art that leaves it incomplete, especially in the 3D area.  Suffice it to say that printing and framing fractal animations is both financially as well as technically challenging.

Ideally the audience would get to fly the spaceship themselves and not just stand on the ground and look at the pictures.  Again, this is not something that an offline gallery is best at, although digital works can be displayed –digitally– in galleries.  Of course, seeing how easily fractal imagery can be made might cheapen the masterpieces hanging on the wall in the audience’s mind.  But maybe making fractal art is more exciting than viewing it?

What a thing to say!  But really, sitting in front of a computer is the context in which we make our fractal discoveries and also the venue in which we polish and perfect them.  Printing them out can be produce spectacular results but we’d never get to that place if they hadn’t appealed to us in a big way on the computer screen.

As for the rich detail of high resolution printing, so what?  You want a closer look?  There’s a number of solid technologies for displaying zoomable images on the internet.  In fact, I think Damien Jones, one of the BMFAC organizers produced one of his own.  Ironic, I’d say.

Printing can produce rich images that the computer screen can’t match.  It’s almost as if printed images are a genre all their own.  But that’s going a little too far.  There’s nothing second rate about “monitor art” it’s just a lower resolution and smaller, but that’s the “canvas” on which fractal artists work.

Fractals aren’t a new thing anymore.  Look at all the old people who talk about seeing their first fractal back in the 1980s on the cover of Scientific American.  Look at all the people who claim to have been making fractals for 20 years!  Self-programmed on Comodores or Amigas with monochrome monitors and hammered out on dot matrix printers.

Me, I’ve only been around since 2002 but I’ve seen a few things come and go and I can tell you that even the recent 3D fractal surprise has only taken us to new places, no one has found anything categorically new there.  The fractal world gets larger and larger with the addition of every new formula, type of formula and rendering method but it doesn’t really go anywhere or advance to a higher level.  It’s the same old awesome but strictly ornamental type of imagery all the time.

People know about fractals, they just don’t care.  There’s plenty of fringe art forms around; will they captivate you and change your life if one day they have an exhibit in your city?  We couldn’t care less about them and they feel the same about us.  It’s the law of the conservation of apathy.

Offline art resides in art galleries because it’s not digital, not because that’s the apex of art

I can’t help but think that many fractal artists see art galleries in the same way that small town athletes view the Olympic Games.  In the words of Frank Sinatra  “If I can make it there, I’ll make it anywhere, It’s up to you, New York, New York”.

Anyhow, there will be plenty more Benoit Mandelbrot Fractal Art Contests in the years to come once someone figures out a consistent sponsorship method.  The real question is how long will it be before fractal artists realize that they’re already in “New York” and the only place the BMFAC will take them is offline and out of town.

The only thing fractal art lacks today is creativity.  The artwork is too tame and domesticated.  Contests have never been able to change that.  In fact, they seem to encourage it.  Institutionalized and anemic artists that seek approval rather than innovation.