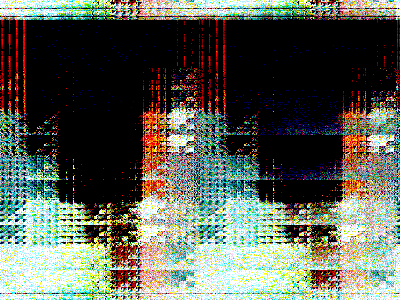 I start with a fractal, and then smash it up. I smash some more. Not much fractal left now. If I smash further? Less fractal stuff right?

No. This is where the filter gets pretty weird. Ashes to ashes, dust to dust… and fractal to fractal. Busted and fractal have the same Latin root. See the Sierpinski Triangles appearing? 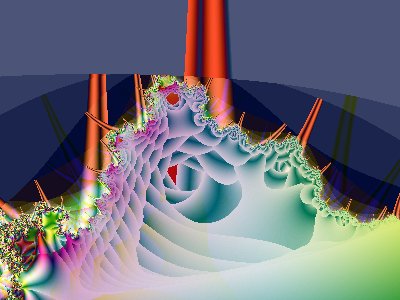 Which brings me to Baba Yaga. She’s one of those characters from folktales who’s an evil, child-eating witch. Being a Russian folktale, it’s a little different from the Western European or British kind. Actually, it’s rather surreal.

Baba Yaga’s house walks around on four (or two) big chicken legs. That alone is pretty scary, but of course Baba Yaga is in there too, which makes it doubly scary. So naturally, if you ever find yourself in her house, which seems to happen a lot to people in these folktales, you want to get out of there and just start running. This is where the silly folktale gets seriously terrifying.

Apparently Baba Yaga casts a spell on anyone who escapes that confuses them, and as they run away, no matter how hard they try, they always end up running right back to her house! You don’t think that’s scary? 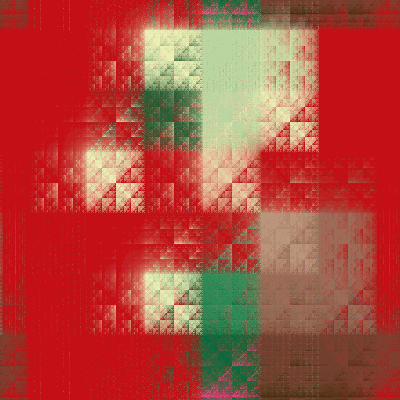 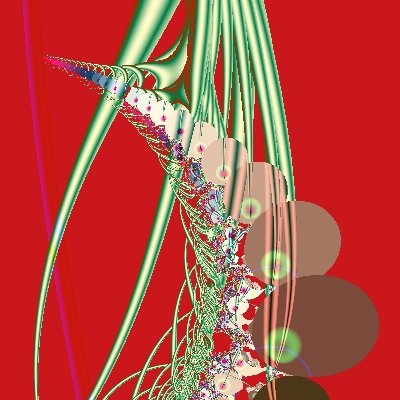 So you see, no matter how hard I try to distort the fractal with multicrystal (and choke the fractal life out of it), I always end up creating a thousand Sierpinski triangles. There’s probably some Edgar Allan Poe story like this.

If I knew more about how these photoshop filters and other programming things worked, I’d say there’s something deeply Sierpinski-ish in there, or the algorithm (programmer’s magic spell) does something which creates the Serpienski triple recursive pattern.

Anyhow, if I ever see anything remotely like a chicken leg in there, I’m never going to go near that filter again.

One thought on “Baba Yaga and the Sierpinski Roundabout”