Editor’s note:
(Rich Jarzombek’s unique fractal artwork was originally reviewed on Orbit Trap back on April 28th as the posting, Realistic Fractals by Rich Jarzombek. Just recently, Rich sent me a more detailed explanation of the technique he uses by describing how he made one of the images found on his website, Realistic Fractals. Nothing’s better than hearing an artist describe in their own words how they work, and when they include step by step illustrations of their creative technique that’s the sort of thing I figure would be of interest to all of Orbit Trap’s readers. Rich kindly gave me permission to post it to Orbit Trap, so here’s Rich Jarzombek’s guest posting.)

The only fractal software that I use is Tierazon. I do all of my work in an allotted screen area of 320 x 240 pixels. On my screen this measures about 3.75 inches (9.5 cm) wide.

I started by choosing one of my few favorite ‘parameters’ (settings that primarily control color). I then created a unique mathematical equation and inserted it into Tierazon. This produced Image #1. 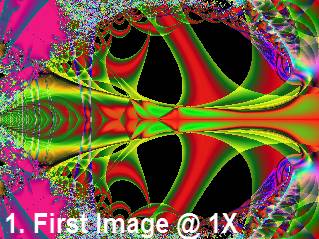 I didn’t see anything interesting in Image #1; so, out of curiosity, I decided to see what existed surrounding the outside of Image #1. Image #2 was found directly adjacent on the left side of Image #1. 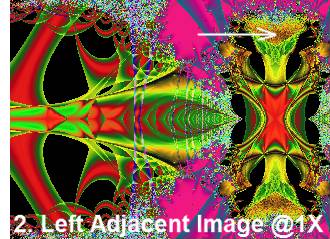 Then I decided to see what existed in the upper right hand corner of Image #2 (where the arrow is pointing). This resulted in Image #3 (which is a 10X magnification). 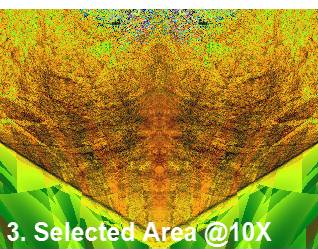 I noticed that this area had perfect left/right symmetry with a lot of different detail. I then somewhat scrolled down along this line of symmetry using a 25X magnification and found Image #4. 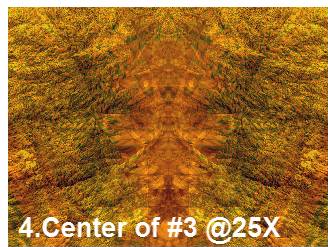 At the center of Image #4 I felt that I could see a ‘realistic’ image. I confirmed this by making a 50X magnification of the center area and produced Image #5. 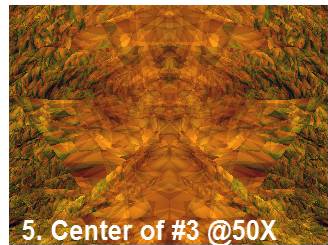 Having decided that I found an acceptable image, I then had the software recompute Image #5 but at a larger pixel size (640 x 480) for much greater detail and resulting in the “Final Enlargement”. 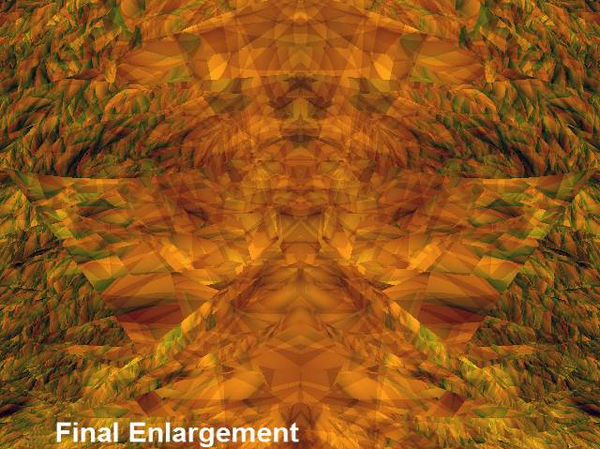 I then used this image in a ‘photo editing program’ in order to ‘color enhance’ the image so that it would be easier to interpret by a random viewer. This became “Two Man Circus Act”. 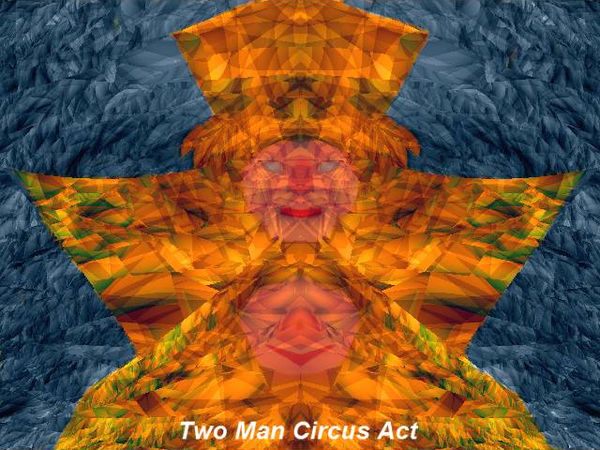 The technique that I’ve described above is a generalization of what I do for almost all of my fractals.