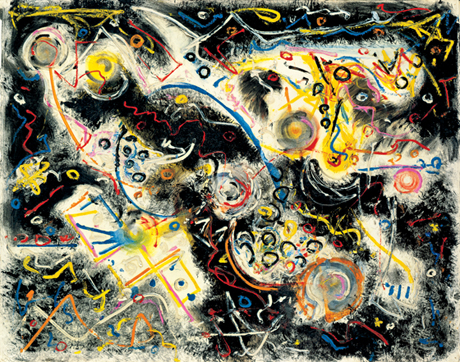 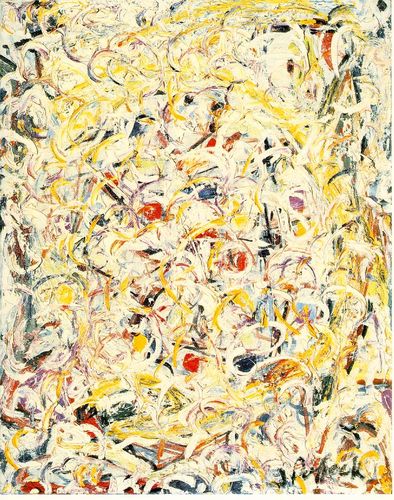 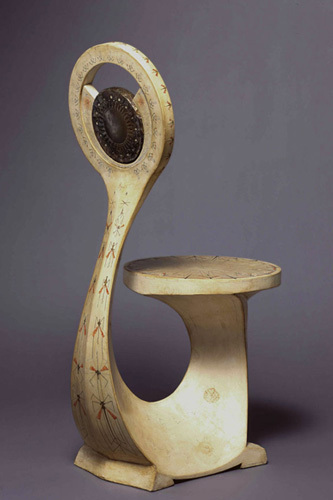 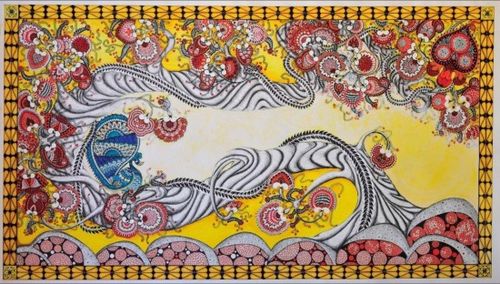 We’ve all watched or taken part in, at sometime or another, that great quest to “define” fractal art.  Although few members of the fractal world seem very interested in this sort of “constitutional debate” everyone operates with at least some sort of understanding of a boundary around fractal art.  The boundary is where fractal art is combined with or merges into “other” things and becomes something more, or less, than fractal art.  There are limits to what we’ll call “fractal” art.

These “phase” things are attempts to clarify what fractal art is and thereby produce a more energetic approach to it.  More energetic because when one is more focused on what it is they’re doing, their efforts usually become intensified.  Also when one identifies new areas of the same discipline there is often a burst of creativity.  At least that’s why I keep returning to this puzzle of defining fractal art: taking stock of what you have or who you are usually leads to new possibilities and undiscovered resources.

But another reason is that I don’t think anyone has really put their finger on what exactly fractal art is all about.  Strangely enough, I have never thought fractals and fractal geometry was really the heart of fractal art, that is, the thing that people are pursuing when they make and view fractal art.

Of course not everyone whose work falls in the domain of “fractal” art is motivated by or pursuing the exact same interests.  There are some who (possibly) can claim their interest is primarily fractal algorithms and they aren’t interested in art work that might look similar to it but isn’t derived from the rendering of those fractal formulas.  But I see this more as a technical, scientific pursuit than an aesthetic one.  However, the art world is a pretty broad and eclectic place so maybe an obsession with math graphics qualifies as an art form as much as any of the more obscure art forms of the 20th century did.

What I’m getting at here is the notion that what attracts and drives fractal artists and their audiences is not the pursuit of rendering fractals and the establishment of an art form defined by –and delimited by– fractals, but rather the admiration and pursuit of this intriguing way of creating art works of color, shape and pattern with a computer.  Fractals are, so far, the best tools for doing this and as such fractal programs are the thing our mutual interests congregate around.  But it’s really those three graphical ingredients: color, shape and pattern; that are the heart of what we do and what drew us to fractals in the first place.

But who can overlook the incredible story of how fractal images are made?  Such simple geometric formulas… repeated a million times… yielding a galaxy-sized panorama of elaborate imagery.  But you get over that pretty quickly and soon it’s just playing with parameters and flipping through formulas until you see something that shows some potential –graphical potential– and not some new discovery in the field of fractal rendering.  We’re here for the visual thrill; to look at the “pictures”.  Fractals are just the only thing the machine will do, and so that’s what we do, and that’s how we label it.

But I think it’s more accurate, as well as more liberating, to say that what has passed for fractal art all these years and what will live on in the future as fractals compete with other forms of software, is that enduring game of creating art from color, shape and pattern.  Fractals themselves I think are a fad and eventually become a trap to those who either forget, or just plain fail to see, that what can be done with fractal software is just a small part of what can be done with graphical software as a whole.  There is nothing to be gained by “specializing” in fractals, and in fact, I’d say there’s a lot to be lost and missed out on by doing so.

We’ve made fractals the subject of the art form when in fact they’re really only the tool and the real subject matter is color, shape and pattern.

Well, that’s the end of the lecture, but here’s some really good examples of color, shape and pattern in current fractal artwork: 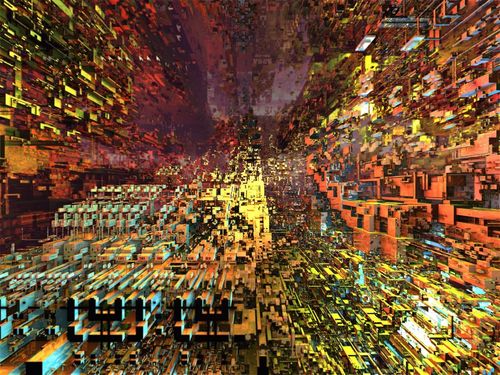 Is Neo-Pollockian too strong a term to use here?  I just found this a few days ago browsing the Deviant Art Fractal feed for recent uploads.  I can’t think of a better example of the “abstract, but not really abstract” aspect to works of color, shape and pattern.  It also has that strange, endless detail quality to it.  There’s a thousands paintings in this one big one ironically named, “Destroy”. 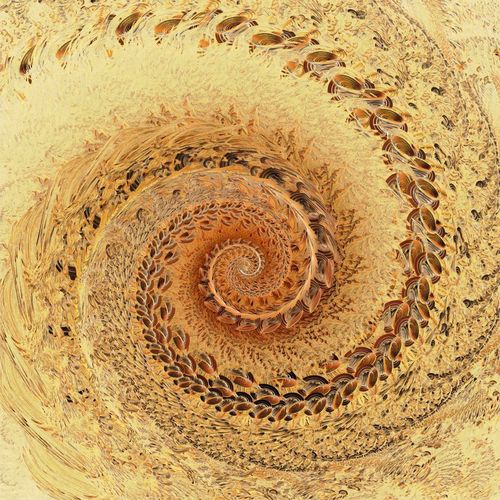 New things from old tools!  That’s what the relentless pursuit of color, shape and pattern is all about in its highest expression.  How many of us have written off “spirals” as exhausted and cliche?.  And yet there’s plenty more possibilities as Boris has shown here. 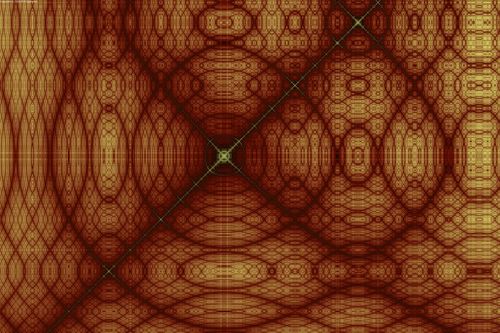 Old school; maybe more like ancient school: “Classical”.  But forget all that and just take a closer look at the patterns.  From one side to the other and also from top to bottom, there is no similarity except shapes shifting into each other –a liquid pattern.  There’s really nothing retro or primitive about fractal imagery like this.  The newer rendering methods and formulas just make different stuff.  But in these simple renderings patterns stand out much better and are presented more effectively. 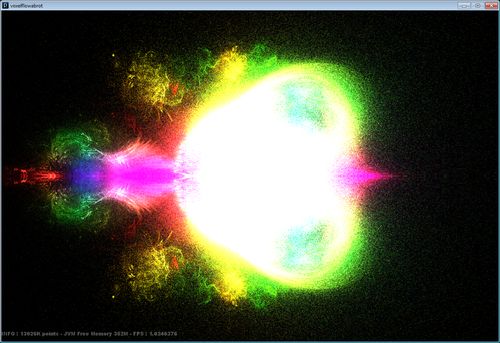 I think this was intended to be a test render posted to a thread entitled: “A 3D Buddhabrot with 13 Millions voxel :) “.  There’s a YouTube video related to it.

What is so great about this image?  The author, Ker2x didn’t even post it to the online gallery and as you can see this is just a screenshot of what I think is his own program Flowabrot (download link -Windows).  Color and shape is what I find most engaging about this image.  But the colors are fairly basic;  and yet that oversaturated effect (which comes naturally when using oversaturated colors) is electrifying.  The shape is unique and although symmetrical there is enough variation in the edges (a type of pattern, or texture) to make the fairly simple shape engrossing.  This is another great example of how fractal tools can really give us an edge in making works of color, shape and pattern, that is, at least when we keep looking for new things to do with them.

Anyhow, I hope I’ve at least made the idea seem plausible that fractals are the tools and not the subject of fractal art –as strange and contradictory as that may at first sound.  The ramifications of this I think are obvious: fractal artists will see and discover new opportunities and get a “second wind”, as marathon runners say, when they begin to see fractals merely as the tool and not the subject of their of their art;  an art form that is simply defined as the combination and permutation of three graphical elements: color, shape and pattern.

5 thoughts on “Phase 3: The Relentless Pursuit of Color, Shape and Pattern”