Another paradigm shift: This blog, Orbit Trap, is a whistleblower. I think that’s why there’s been such hostility to it and such little open support. That’s always the way it is with the unpopular role — of whistleblowing. 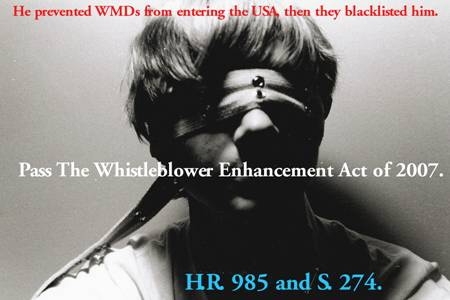 Whistleblowing, by it’s very nature occurs in environments in which power is monopolized and everyone therefore falls into one of two categories: The Bosses, and The Bossed.

If power wasn’t being monopolized then whistleblowing would never occur and attempts to act like a whistleblower would appear ridiculous and simply be ignored. A dictatorship is an example of a monopoly of power, in a political context. It’s a classic example of conflict of interest and the resulting influence that such a monopoly of power has on everyone who isn’t part of the monopoly.

You don’t go to the courts and file a lawsuit against a dictator because the dictator owns all the judges. The judges, who would normally be expected to be independent (so they can judge independently) are, like everyone else who plays a visible role in the country, deeply dependent on the favour of the dictator for their positions and, should they ever decide to blow the whistle and oppose the dictator — jeopardizing their personal comfort or lives.

In an environment where no single group has control of everything, criticism is much more freely offered and issues are dealt with routinely, in their early stages, and thereby prevented from developing into deep-rooted and systemic (i.e. whistleblowing) problems in the first place.

In the fractal art world however, control over contests, calendars and just about everything else has become monopolized. The “official” face of fractal art is nothing more than a clique who use that “official” status as an opportunity to promote themselves — an opportunity which they could never have gained on the artistic merits of their work alone. The monopoly is maintained by the intimidating influence felt by anyone else who wants to gain recognition in an art form which the clique claims to represent and whose most publicly visible examples they administer as their private fiefdom.

Someone has to be the one to blow the whistle on all this if there is going to be any hope of changing the perception and attitudes amongst people in the fractal art world who, if they had knowledge of these things, could easily act to change the way things are run.

Criticizing judges and editors for their conflicts of interest clearly leaves one open to retaliation via those very same conflicts of interest that one is attempting to expose. Few are willing to suffer the consequences of challenging the same authorities who have both the power to correct themselves and the power to punish those who are challenging them — no one except a whistleblower.

So, my only comment to the Kens and Tobys (and the next Stooge to be sent from our adversaries) who show up to defend the status quo of the fractal world is this: Leave it to the many silent readers of Orbit Trap to judge the merits of what we say and come to their own conclusions. If you really feel our whistleblowing is a false alarm, then present your objections in your very own venue in infinite length and in total freedom. Then the audience can freely choose if they care to listen to you.