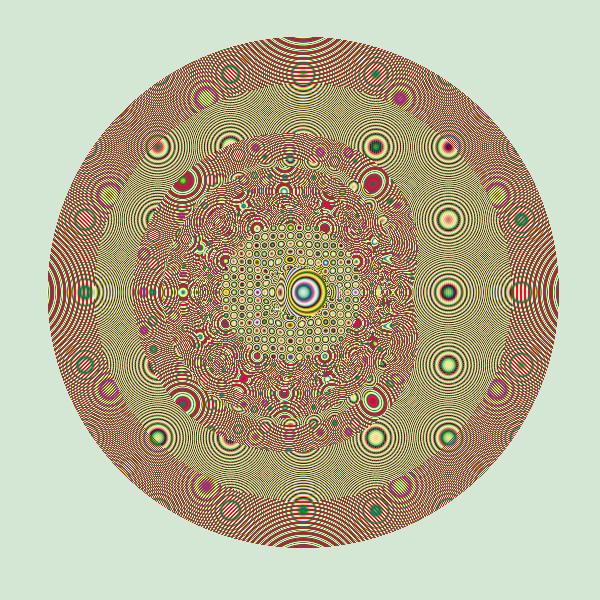 From time to time I become curious about something and I start reading about it. A month ago it was hibernation, and in particular, the winter homes of animals. Lately it’s been nuclear reactors.

This sort of informal, casual study of things I’ve found to be similar to assembling a puzzle, or catching glimpses of something in the dark, or to guessing what’s in a bag by putting your hand in and feeling it without looking. It’s a process of sorting and assembling major (essential) and minor (detail) pieces of information.

Unless you’re a serious student following a formal course of study at a school, most of us learn about new things in this sort of way: a process of discovery and tentative conclusions (eg. “breeder reactors are the way of the future; why don’t we all use them?”). It’s a natural way of learning, I think, but not necessarily the most efficient; a formal course might not be as interesting but will bring you up to speed on a subject faster and give you a more complete understanding, although it might not be as “fun”.

I’ve noticed something about art. There is something called, “Useful Art”. It’s not complicated. It just means that there is a category of artwork that is distinguished by being useful to people, as opposed to the more general category of artwork which is just art and only performs the function of being art.

If you think of this in the context of human society (and don’t we all do this sort of thinking?) then there are, “Useful People” and there are people who are just “People”. Some people are very productive and make a lot of money and there are others who’s contribution to society –usefullness to society– is, uh, less or even less than zero. People, however, unlike machines or highways or other “things” don’t have to justify their existence by being useful. We value all human life, in general, (most of us do) even when those lives don’t benefit us or even if they cost us something (eg. dependants).

Back to “Useful Art”. I’ve noticed (internet, books, media…) that often a greater value or prestige is placed on artwork that has been chosen for commercial purposes. Book covers; illustrations; newspaper articles; advertisements; calendars; posters; exhibitions; these are examples of the sorts of “medals” or “honours” that artwork can “win” –by being useful.

Some of these commercial purposes are more “Art” oriented than others (exhibitions), but I think it’s worth noting or keeping in mind that: the usefullness of art is not a direct result of its artistic merit.

I’m not saying this because my own artwork is useless. This is just the conclusion I’ve come to after observing an enormous amount of commercial art in the media. Commercial “success” and the commercial “look” is very deceptive. Most of the artwork we see is incorporated into advertising and contexts that are not related to the promotion of art for it’s own sake. The most common artwork of our society (there I go again, talking about “society”) is advertising and I think that has distorted people’s view of what makes for good art.

I think this particularly explains the very slick, simplistic, one dimensional, homogeneous look to a lot of digital art. This of course includes fractal art, but that’s just because I suspect the same cultural influences are at work in the minds of fractal artists as they are in the minds of digital artists in general. I really think that most of the people making this sort of artwork actually think it’s good stuff because it fits in well with all the advertising art that is “rampant” (wonderful word!) in our “society”. They have developed advertising “eyes” by observing so much advertising around them.

I used to be that way too (but now I make junk), I loved bump-mapping, rich vivid colors, stuff that looked “professional” and was glossy –or at least I tried to make stuff like that (it’s not easy making slick stuff, is it?). What happened to me was I got bored with it and I began to find the artwork in art books more interesting and then I just stopped paying attention to what anyone else was doing and just made stuff that interested me. Also, slick artwork doesn’t seem to come naturally –a point which I think deserves some deeper consideration.

Now, I’m not saying that all advertising artwork is bad or lacks artistic merit. There’s a wide range of artistic styles used in advertising, although, for the most part, advertising art is: eye-catching; simple themes; bright colors; cliches (they’re quickly understood); idealized.

No, no, no! What I’m saying is that you can’t trust the “standards” and the “examples” for artwork that you see everyday because that’s advertising and it only uses “art” when it cooperates with commercial interests. Trust your own instincts about what you find interesting and make stuff like that and don’t worry if it looks, “different” than anything you’ve seen before.

Of course, if your instincts tell you to make slick, commercial stuff and you actually find that experience interesting and exciting, then IT’S TOO LATE!!! YOU’VE BECOME ONE OF “THEM”!!!

One thought on “When Art is Useful”