Generative Art is simply a machine whose output has artistic qualities.

Generative art is a system oriented art practice where the common denominator is the use of systems as a production method. To meet the definition of generative art, an artwork must be self-contained and operate with some degree of autonomy. The workings of systems in generative art might resemble, or rely on, various scientific theories such as Complexity science and Information theory. The systems of generative artworks have many similarities with systems found in various areas of science. Such systems may exhibit order and/or disorder, as well as a varying degree of complexity, making behavioral prediction difficult.

It’s a contraption that makes neat-looking stuff, I’d say.  The important characteristic is that the artwork is generated from the mechanical algorithm, or machine design, and untouched by human hands.  The human component comes into play only in the design of the algorithm / choice of the algorithm / set-up of the machine / but the final result is displayed as-is, without alteration.

Graphically creative Java applets without any controls that initialize when the web page loads are the quintessential examples of Generative Art.  You can’t get any more autonomous than that.  Of course, a good Generative Art machine involves a huge amount of very clever design in order for it to achieve its intended purpose of producing far-out imagery.  You could say that Generative Art is all about making beautiful clocks.  A little winding and out comes a river of art, pouring forth in endless generations from a single, well-crafted piece of DNA.

Glory Math 1 from Coffeeshopped on Vimeo.

The art is what the machine does.  You could photograph Generative Art and then tweak it graphically and display it, but then it’s less generative; derived from a generative art process.  Many Generative Artworks are dynamic and produce animated results.  The art is the flow of imagery and not just the best looking, and constantly changing images.  Generative art is like a sports game: what engages the audience is the play, the way the game changes, develops and ends.  Photos from a sports game are really not the same thing, but again, –produced from; –derived.

What I’m suggesting then, is that fractal programs are just like a sports game and what we normally think of as the finished product of fractal art –the saved image– is a derivation of what is actually the most artistic aspect of fractals: exploring parameter combinations within the program itself.

To a considerable degree, much like nature photography itself, saved fractal images are like fishes out of water, removed from their natural environment where they literally (had) a life of their own.

I’ve often wondered why I see so many “dead fish fractals” all over the internet.  The reason is they’re the trophies of great fishing expeditions; fractal hunts; odysseys of adventure; rocks from the top of Mt. Everest.  What’s missing is the art, but that’s in the process which can’t be captured and displayed; the memories; the experience itself.  And that’s the heart of what Generative Art is: a beautiful process.

Naturally, one can also “make” fractal art and process and layer it, but what I’m suggesting is that that sort of thing is the lesser of two fractal art forms.

It’s the more common one, isn’t it? Or is it?  How many more fractal “artists” are there out there who mostly play with the programs and spend hours sometimes just surfing the fractal waves of some nice set of parameters they’ve discovered.  That sort of Generative Art lives in the machine and requires the machine to experience it.  The saved and displayed images may just be the tip of the fractal art iceberg, whose greater bulk is submerged and unseen. 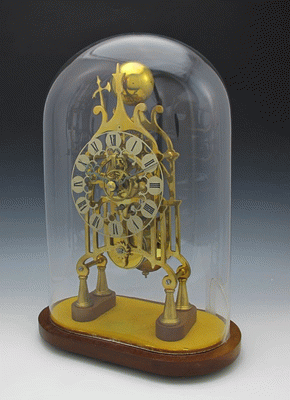 Generative Fractal Art (I just invented the term) requires special programming.  The ideal program requires minimal user input and quickly renders graphically interesting imagery.  In this context, Steven Ferguson’s programs are the best.  I don’t know if Steve intended them to be used this way, but their design makes them very Generative Art friendly.  You can make some pretty nice still images with them too, but starting up one of Steve’s fractal programs is like sailing off on a sunny day with no goal but to see what’s over the horizon.  If you sail far enough you’ll find the more exotic fish, but even just keeping to the harbor where the sailing students take their lessons is a glorious experience.  And I’d add it’s an artistic experience.

Tiera-zon, Sterling-ware, Inkblot Kaos, each one is like an old pirates treasure map or the 8th, 9th and 10th voyage of Sindbad.

Fractal Explorer, like the name suggests, is another good Generative Art fractal program.  You don’t have to go to a naval academy to sail this one.

Ultra Fractal?  Well, Dan Wills has used it quite a bit and brought back some impressive still images.  I called Dan “Fractal Columbus” because I thought he was enjoying the generative qualities of fractals with UF, exploring vast landscapes and saving cool snapshots.  But I think you’ll need a little training to get going with UF, unlike Steve’s programs which are much better suited for Generative Fractal Art purposes relying on a program’s operational autonomy and built-in creative design.

Terry Gintz has some good Generative Fractal Art programs too.  His fractal landscape renderer is practically a Generative Art genre all it’s own.  It’s found in Fractal ViZion and several other programs of his.  Gintz’s programs also feature the ultimate Generative item: random parameters.  Come to think of it, maybe Gintz’s programs are actually simpler to use than Ferguson’s.  But Steve’s are my favorites because experimentation is quick and easy and good coloring is not hard to achieve .

In conclusion then, I think Fractal Art’s greatest artistic strength is realized when it’s seen as a type of Generative Art –a picture machine.  I also think there’s many more people enjoying fractal art in this way but that they’ve just been thinking of it as playing around with fractals.  It’s more than that, fractal programs are really complex Generative Artworks; some programs more than others.  Used simply as tools with which to create still images, the results are often, but not exclusively, the kind of “dead fish fractals” we see having been taken out of the Generative Art context from which they came.  In general, I think fractals are best categorized and appreciated firstly as Generative Art and only secondly as still images.  The depth of the impression fractals make is greatly reduced when separated from the rich electronic environment that generated them.

2 thoughts on “Are fractals better categorized as Generative Art?”