I apologize for not keeping a closer eye on the Benoit Mandelbrot Fractal Art Contest 2006. If I had, these comments of mine wouldn’t have come a whole year late, but it’s just recently that I was able to view the entire exhibition (PDF Catalog here) which includes the works by the judges which wasn’t displayed on the contest site, which is where most of the online attention has been focused. The artist’s notes that are displayed with the exhibition artwork make for interesting reading, for those of us who have a critical disposition. They alone, ought to raise a few eyebrows and cause some to blush.

Yes, it’s embarrassing for me to say I’m a fractal artist and think that I am in some, even very remote way, part of what this contest claims to represent. I’m a naturally trusting sort of person, as I suspect most fractal artists are. I just naturally assumed that such a prodigious-sounding event as The Benoit Mandelbrot Fractal Art Contest, would be good for the whole genre even if it didn’t cater to my own particular artistic tastes and methods. If the Ultra Fractalists wanted to lead a parade down main street then surely I could take some pride in it also, even if I wasn’t part of it?

A few words about criticism I think are needed here, since criticism seems to be something new to the Fractal Art world. I should add that the word, “reasonable”, which I use often, can be defined as: “Not excessive or immoderate; within due limits; proper; as, a reasonable demand, amount, price.” [1913 Webster] I mention this because I’ve met a lot of people who incorrectly think, “reasonable”, means, “Anything I can think of”.

Some of my thoughts:

-it is reasonable for the selection panel of a public contest, who are performing the role of critics themselves, to receive criticism regarding their selections

-when all of the submissions for a contest are posted in a single place on the internet, it is reasonable for other people to form opinions regarding the judges’ choices since they are now in a position to judge for themselves

-fair and impartial judging, or at the very least, the reasonable attempt to provide it, is a reasonable expectation when submitting work to any contest 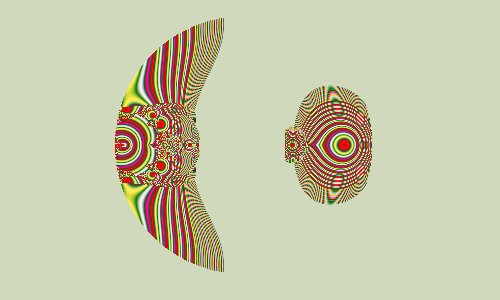 The connections that the judges have with each other, the contest organizers, and the artists submitting work to the contest speaks for itself regarding the level of impartiality that other artists can expect from this contest. I’ll let readers connect the dots themselves because they’re so close together it hardly needs to be done for them. But one comment anyhow: the clear association that some of the judges have with the selected works (contest works) in the form of either software, formulas or other algorithms used to create them, make an impartial judgement of these works appear extremely unlikely. I’m aware of these connections because a number of the judges are noted for their contribution, by name, right in the notes that accompany the selected artwork!

As if that wasn’t bad enough, at least one of the judges’ own works is of such doubtful artistic merit, and so out of place with all the rest of the contest winners, that the only reasonable explanation that I can see for it’s inclusion in the exhibit, is the privilege that all the judges have been given to self-select one of their own works for the exhibit. Compare it with the contest entries and ask yourself, “Would that have been selected if it was subjected to the same selection process as all the rest?”

Which raises another point: Why, after an entire year has passed and a second contest with almost identical rules (some are verbatim) has been concluded, have so few people said anything about this insult to Fractal Art? Fractal Art as a genre, can hardly be taken seriously or receive any respect if it’s most prominent and visible members operate public contests with little regard for fairness or principle. This makes Fractal Art look amateurish. And if you don’t have a problem with that, then you’re an amateur too. 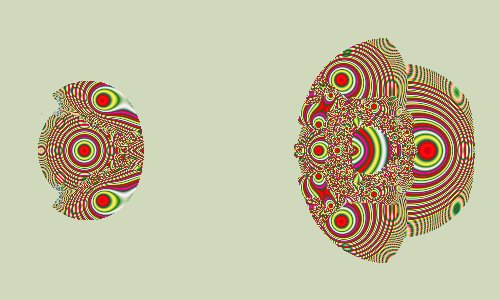 It reminds me of an incident that occurred over at Renderosity. Groups of friends in the fractal “community” routinely voted for each others’ work as a team in order to boost their ratings and hopefully make it into the Top 20. The way it worked is they posted a comment under each of their friend’s work and marked it with a “V” to indicate they’d voted for it so their friends would do the same for them.

Well, in addition to distorting the results of the Top 20, a selection of work whose intended purpose was to showcase the better Fractal works at Renderosity (which usually get ignored because they’re buried in the enormous quantity of work that gets posted there), they went on to give the whole community a bad name by playing the same game in the Terragen Community.

A few of these fractal “artists” decided to start posting their Terragen images in the Terragen Community on Renderosity and then do the same “team-voting” thing. The Terragen folks got rather upset when their Top 20 started to fill up with second-rate works by a small group of newcomers, and started asking where these folks were coming from and what was going on with the voting. I guess the Terragen folks aren’t afraid to speak up and do some investigating when they see things are not quite right.

I think Fractal Art’s reputation and development ought to be just as important as getting in the public spotlight and promoting your own personal artwork. I think “Art” is more important than individual “artists”. In addition to being a maker of fractal art I’m also a viewer and fan of it. I like fractal art. I like to see new talent encouraged and new styles given the attention they deserve when they have artistic merit — that’s how an artform develops and becomes refined. Otherwise, it becomes the domain of a few oldtimers who’d rather replicate themselves and their tired styles while any new ideas or fresh talent that arises is sidelined to smoulder away in obscurity.