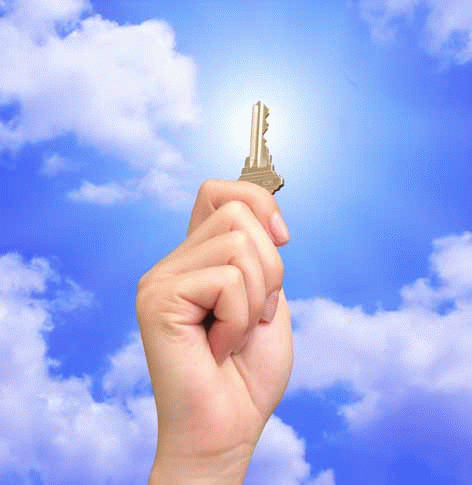 Here at Orbit Trap we’ve been accused by some of being too “preachy”.  Maybe it’s true.  Consider this:  A recent reader and veteran fractal artist, Marcos Napier, has credited Orbit Trap with helping him to usher in “A New Era” for his fractal artwork and his website, Fractalland.com.

Somehow inspired by things like what has been said in this post (and many others) at the Orbit Traps Blog (“Make the art that pleases you rather than the art you think other “good” artists want to see.”), I decided it’s time for a facelift here and to go back to the fractals. For a while, the galleries will stay as they are now but they will change soon.

Yes, Orbit Trap helped him get straightened out and see things more clearly.  Especially to see those “good artists” more clearly.  Now he’s back on track and excited about fractal art again, thinking for himself instead of looking to the “great artists” for inspiration.  Marcos isn’t about to retreat into a life of narcissistic, self-admiration, though.  In fact, Marcos, I would say, has embarked on a much more exacting and professional approach to making fractal art than he did in his previous “life” where he devoted himself to the imitation of “good artists”  –the false gods of fractal land.  Imitation is hard because it’s unnatural.  It does offer some comfort, however.  One can feel content and confident about their work when they’ve managed to replicate the style and substance of the “good artists” –because everyone will say so.

Doing your own thing, that is, being creative, has no such comforting herd of admirers to make you feel good and give you a false sense of accomplishment. In fact, the fractal art world today is a rather hostile place for creative people.

…unless you’ve developed the self-discipline required to judge your own work.  Only then will you be truly independent and free to pursue the art that excites you.  To do that though, you need to know yourself well enough so that you can avoid the tempting lure of self-deception that makes one think that everything they make is great.  Some serious self-reflection and careful analysis of one’s opinions about their own work will soon educate you enough so that you will not be fooled by the tricks and constant flattery your ego keeps filling your mind with.  Focus on the art, not who made it.  That at least is a start.

After that I started to update my fractal pages not really often or thinking to keep a “fractal gallery” always active but according to whatever good work I thought I was making. At some point, I found UltraFractal, and even though I didn’t like it much at first (I was a Fractint addict!) I started using it and started to produce things like mad with the new possibilities. Soon… the first invitation to an exhibition happened. I started to look at things more “professionally” so to speak. And this is what made me stop, after some time.

Yes!  Did you see that?  Critical acclaim destroyed him.  Or rather, destroyed his creativity.  Marcos though he ought to act differently and work differently once he had attracted an audience even though, ironically, it was his previous, freewheeling attitude and approach which had probably attracted his audience to begin with!  It’s probably a very natural reaction to the attention of others: we shift our attention to the audience forming around us and away from our art.  Naturally, the art suffers and the audience either drifts away or becomes populated with people who like what “good artists” and “professionals” make.  But for the artist, they’ve alienated the only fan they most desperately need.  I’m not talking about your Mom, I’m talking about you –the artist.  When you lose your own interest, your work withers and so do you.

As time went by, I started making fractals like crazy, zillions every day. And I started to look at my images with a different approach than when I started making them. It was no longer fun – I guess I was trapped in the Guild (or by the Guild?). I started to get more and more frustrated with what I was doing, thinking everything was boring and ugly (and it was!) and that I would never be able to make such good art as these people from Renderosity (that was the hit of the moment). Despite having 1200 images posted here, I was not interested even in looking at them again. Then… suddenly I stopped making fractals.

Yes, Renderosity and Deviant Art are good places to become disillusioned with fractal art.  You know you’ve hit rock-bottom when you’ve piled up a big collection on Renderosity or Deviant Art like some drunken vagrant lying in a pile of garbage in a dark alleyway.  Trapped in the Guild?  That’s the Ultra Fractal Guild, as any avid reader of Orbit Trap will know.

I’ve decided to send the images I didn’t like to the fractal heaven, and some images are now gone. I’ve kept those that really interest me, who cares if it’s a simple spiral, or a 256-colour image made in Fractint? I am the first person that must like my work. I don’t work for the masses, I don’t work expecting public admiration (although I must say it’s quite nice when you’re invited for an exhibition at the Lincoln Center as I was…), I don’t make fractals based on how many comments they will get at some community site. I just do this to please me.

How many of you out there have the guts to make 256-color images!  I’ve included a link to the Wikipedia article for those of you who don’t know what that is.  Art is a funny thing; sometimes simpler methods have more sophisticated results.  But you won’t find that out by following the herd or clinging to your membership in the Guild.  You’ll have to experiment.

But, take heart, unlike imitation, experimentation is a natural thing.  That is, it’s natural for people like Marcos who love art more than they love online socializing and a false sense of accomplishment.