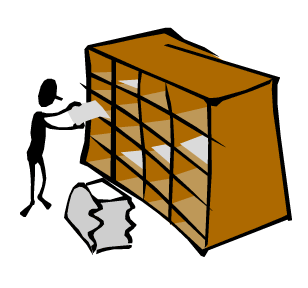 How is the judging actually done?

I’ve always assumed that in order to give every submission an equal chance of winning, the judges independently viewed the submissions and then chose the ones that they thought ought to be included in the exhibition. The choices of all the judges would then be tabulated and the images ranked according to the number of votes received. The top 15 or 25 would become the Winners and then coming next in rank, the Alternates, and subsequently the Honorable Mentions, images that had some artistic merit that distinguishes them from bulk of the other submissions but aren’t strong enough to be winners. (It’s important to point out that only the Winners form the real exhibition. Alternates and Honorable Mentions are merely categories made up for display on the Contest website.)

Although I’ve always been a little skeptical about how such a cozy little group of judges like that of the Benoit Mandelbrot Fractal Art Contest would really function behind closed doors, and how it’s unlikely that the judging would be fair and treat all submissions equally, I’m now asking more pointed questions and suggesting much clearer conclusions because the recent Winners Page leak suggests to me a judging process that definitely does not give all submissions an equal chance of winning. I think the Winners Page that I accidentally stumbled upon was nothing short of a sorting page used to whittle down the submissions and produce a much abbreviated selection of entries which would then become the real contest entries that the judge’s would see. This is just what the editors of the Fractal Universe Calendar used to do for Avalanche Publishing. The editors screened the submissions and would pass on to the publishers at Avalanche what they thought were the better images to chose from. This would spare the publishers the job of weeding out all the mediocre stuff so they could then concentrate entirely on what the “editors” regarded as the more serious contenders. Orbit Trap called this screening process judging as the screeners determined what the publishers would see and would not see. A rather influential position to have because no submission made it any further than an editor’s desk unless they judged it was worthy enough to do so.

The official response to this Winners Page leak has been typical of the sort of thing that Orbit Trap has encountered for quite some time from both these secretive entities, the Benoit Mandelbrot Fractal Art Contest and the (now defunct) Fractal Universe Calendar: Questions shrugged off, claims of technical difficulties, and then ironically told that we know nothing about how their contest really operates, as if that is supposed to be some sort of “clarification”. And of course, stir in a few insults, sprinkled with Official Annoyance, and you’ve got the same old recipe they’ve used every time we raise questions about the way they work.

Here’s how I think it works, based on the evidence we’ve seen. It’s very simple. The Director screens the incoming submissions looking for three grades of artwork: Winners; Alternates; and Honorable Mentions. Everything not selected by the Director at this stage doesn’t advance any further. It will get added to the entries page but as far as the contest goes, it’s all over for those for whom the Director frowns upon.

The next step I figure comes right after the contest submission period ends. The judges are notified right away by email that the Director’s picks are available for them to view. It’s available right away because the Director has been building it while the submissions have been coming in (that’s the page I stumbled onto, and in fact, later on, two more images were added to the Honorable Mentions category). The judges have to login to view this page because they don’t want the process open to public scrutiny. (I stumbled on the page, and Google started indexing it, because the page was accidentally and temporarily given public access.) The Selection Panel judges are then asked to give their opinions and advice on the art that is presented on the page. Winners may become Alternates or Honorable Mentions and vice versa, but the card game comes to a close pretty quickly because the deck’s been stacked. I’m sure this isn’t the game most contestants thought they were entering.

And why wouldn’t it work this way? Do you really think these people are eagerly trying to exhibit the a wide range of fractal art? If they were, why then would they dictate what the dimensions of your submissions have to be? The Director himself said in the Rules that he wanted submissions with lots of detail in it and even went so far as to state he didn’t want any “garish” art. Why not let the judges decide what makes for good art? Isn’t that what judges are for? Isn’t that what contestants expect judges to do?

Why should the Director decide what gets submitted and what the judges are allowed to look at?