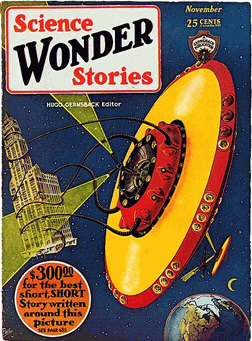 “The sages of Calisto were super-intelligent and had become so far advanced in the Sciences that there was nothing more for them to achieve. They had then moved on to the Arts. Rega, the sociable one who had helped me repair my ship, was eager to show me their art gallery. ‘Art, when it reaches perfection,’ Rega said, ‘is nothing more than a stunning cloud of golden dust, suggesting both the entire universe and a sub-atomic flash in the same image’. I laughed out loud when I first saw it. But now that I’ve been eating their secret scientific food for three months, I’ve come to agree with them completely.”
— (excerpted from A Student on Calisto, 1953) 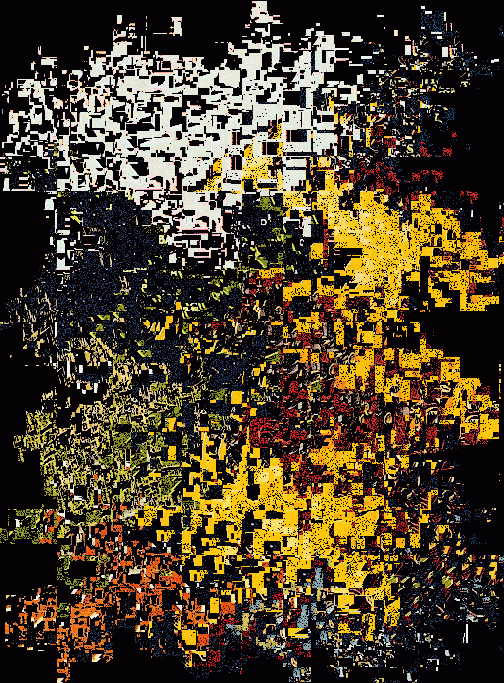 “Imagine my surprise when I arrived on the spacemen’s home planet only to discover I was a celebrity in their eyes and treated like some kind of king! Still, I was not fully at ease despite how well the whole ordeal had turned out. I wondered constantly, ‘What will they do with me when they find out what normal Earthlings are really like and that I was escaping from jail when they captured me?’.”
— (excerpted from, From the Electric Chair to the Throne of Pluto, 1949) 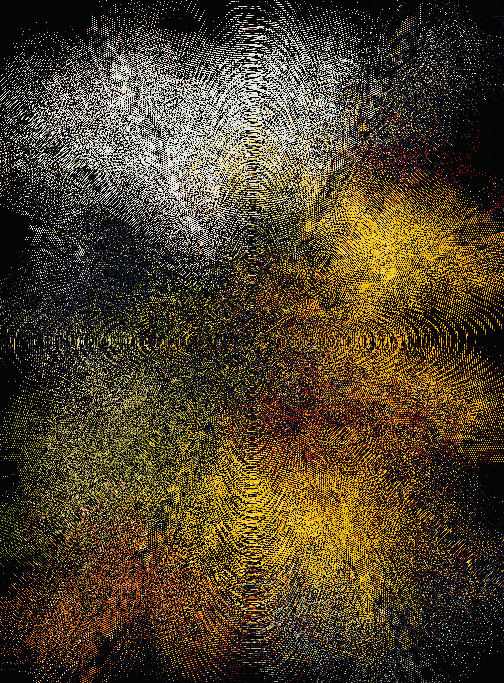 Every morning the same thing. Fifty or sixty gopher-sized holes – all new – would be discovered around our spaceships and equipment. Yet no one had heard or seen anything during the night. We all knew there couldn’t be any animal life since there weren’t even plants on Mars. That was before we’d started drillling.
— (excerpted from Gopher Hunting on Mars, 1962) 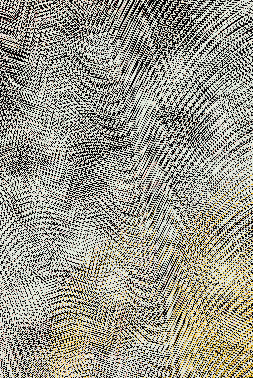 A detail of a 4x enlargement circular waved

Professor Menkin was a likeable enough fellow; he said hello to everyone and even once gave me a lift to the spaceport on one of his days off. I guess that’s what should have tipped me off: what was he doing driving out of town – and there ain’t nothing out of town on Venus – when he ought to be spending his free glide credits back at the Floaterium like the rest of us? He was working for the Venusians even back then, that’s what. I hear they’ve got his face on one of their coins now.
— (excerpted from I Wore a Tungsten Crown, 1951)