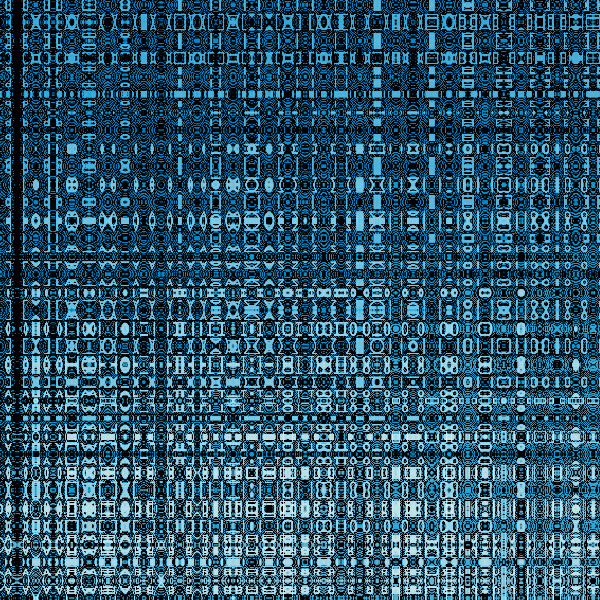 Algorithmic Art (art made by machines) is a lot like digital frost.

I think almost every photography book has a picture of frost on a window pane. Frost is a mechanical process and is quite well understood but the imagery it produces never seems to lose it’s allure.

There’s no Jack Frost or any deliberating influence involved, it’s just a simple, natural process of water crystalizing (freezing) on window glass. The frost patterns develop as more water vapour adheres to the edges of the growing formation.

The ingredients of frost are simple. The ingredients of algorithmic art are fairly simple too. Although some algorithms may be difficult to construct, they’re simple to run. Similarly, water molecules wouldn’t exactly be easy to make oneself, but once made, they run themselves.

Like the mundane process that creates frost patterns, these images were made with the block wave distortion filter in KDE’s Showfoto (part of the Digikam project). 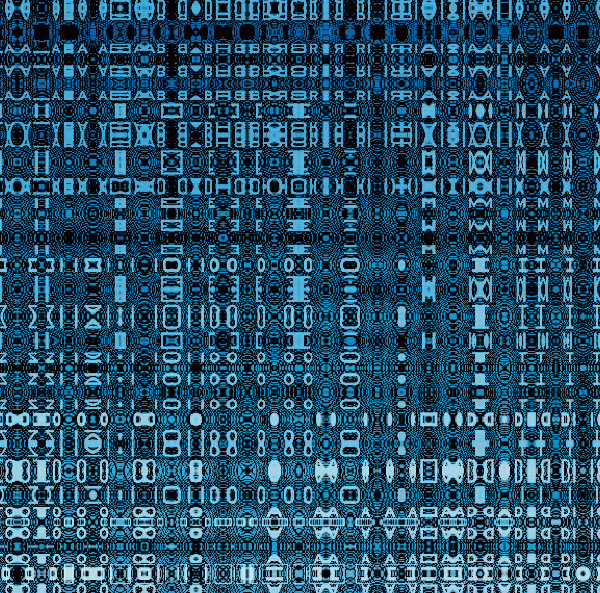 It’s just a distortion effect and probably not anywhere near as fascinating as fractals, which seem to occupy a whole separate realm of digital art (and mathematics too). Distortion filters ought to be much less interesting than fractals, one would think.

What does that say? It says that art is stupid. It says that our eyes care little for the origins of the imagery they look at, although they can be easily influenced, temporarily, by a nice frame or a famous name …or a price tag.

A fractal on the computer screen is a fish out of water – dead – just another piece of visual meat to be devoured by our eyes. Fractal math is just an interesting anectdote and bit of trivia that people like to package with their fractal images like the phrase,”Sparkling Natural Mineral Water” that you see on the labels of bottled water.

“Post-processing”, the use of filter effects, lays bare the inner workings of digital images. Before long it becomes pretty obvious that “fractals” are just another photoshop filter. Add in the use of layering, one of the strongest and most common graphical effects, and the mighty label, “Fractal” starts to look a little transparent.

Yeah. It’s true. I know it. I speak the language of the ice. I can read it.