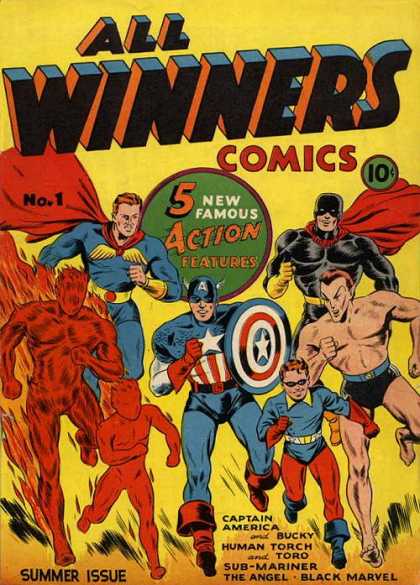 A small revelation took place in the comments section of Terry’s recent posting, Diaries 2.  Terry had suggested, reasonably enough I think, that since there appeared to be no information or reaction anywhere on the internet about the recent Benoit Mandelbrot Fractal Art Contest’s exhibition in Hyderabad, India held this past August, 2010, that perhaps the exhibition didn’t actually take place at all.  Previous exhibitions had been reported and commented on extensively.  What happened to this one?

Two winners, whose artwork was in the BMFAC’s exhibition came forward and posted to the comment section that they were well aware that the exhibition had taken place and wondered why we didn’t contact the organizers if we wanted to find out for ourselves (i.e. if the rumors were true).  The winners received a “catalog” of the exhibition and one even received some photos taken by an admiring conference attendee.

I think their idea was to once and for all clear up the mystery surrounding the exhibition which grew from the absence of any mention of it anywhere on the internet.  Not even the official website of the International Congress of Mathematicians 2010 (ICM) who were hosting the event (allegedly) had any mention of it.  The two winners who rapidly left comments (one of whom commented before I’d even read the blog posting) probably thought they were rescuing the BMFAC from Orbit Trap’s yellow journalistic clutches –once again.

A secret of course, but only on the internet.  But if you can’t find out about something on the internet, then what does that say about it’s success in trying to be promotional? Ironically, the contest’s rules declare: “We are choosing art that represents our art form to a world that largely does not know it…”

That the world still doesn’t know it!

Except for the winners, of course.  They know all about their own fractal art exhibition now.  The BMFAC’s audience this time was it’s own winners.

Perhaps that’s been a good thing since a former BMFAC judge commented that some of the winning entries this time weren’t actual “fractal” art at all.  Perhaps some of the winners needed to be exposed to fractal art?  (Some of the judges too?)

But what about the International Congress of Mathematicians (ICM) that met in Hyderabad, India from August 19-27, 2010.  Were they a winning audience too?  Do you suppose any of them have no idea what fractals are? or have never seen fractal art?  Do they form part of that “world that largely does not know it”?

The previous BMFAC exhibits were publicly accessible and not restricted events like this last one which was limited to just the ICM attendees –serious math folks.  This I think makes the entire exhibition something of a waste of time as far as promoting awareness of fractal art goes.  But I guess from the perspective of the winners it wasn’t.  They got a chance to put their work in front of the world’s most elite mathematicians (the proverbial “big break”).  Is there any group in this world more capable of recognizing artistic merit and spreading the word better than mathematicians?  For sure, they’re the ones you want on board to spearhead a fractal art publicity campaign.

Not those ordinary members of the public (certainly not bloggers, either).  They’re nowhere near as close to the center of the universe.  Just to think that one of those great mathematicians has looked at your work and you have entered into the orbit of their life for just a little while is like having your whole being and very existence confirmed, exalted and glorified for ever and ever.

The fact that my art was seen by some of the most prominent mathematicians in the world, seems to pale in comparison to a secondary link being posted on a web. You’d be the first person I have come across to feel that wasn’t enough for people.

I actually meant that given what I was, it would be rude to demand more. I am happy with what I have received. You wouldn’t be, and that is sad.

If you want to be privy to the events at the congress, earn it. Get a math degree and earn it. Don’t sit her whining because you aren’t privy to the information. Until then, you are, as you put it, one of the “common people”.

I don’t expect to be invited to these without earning it. You shouldn’t either. That’s life.

-from here and here

But that’s just Chris Oldfield, one of the winners speaking.  Perhaps the rest weren’t so thrilled with being part of what might be seen as second-rate exposure for their work compared to the exhibitions of previous years.

If the central point of the initial post was that David Makin was wrong and that organizers aren’t doing a great job getting fractal art out to the public, I agree, he’s wrong, the works did not reach too wide an audience to merit such phrase, even though it did reach a wider audience than it would if it stayed on the web.

“…on the web.”  Yes, the web is no place to publicize anything these days.  On the other hand, if any of those fractal art works in the exhibition should pique the curiosity of one of those math monarchs, where are they going to go to see more?  Maybe the internet?  For some people, that’s the first place they go; conferences come after.

Esin Turkakin also includes the comment, “I’m merely voicing my opinion just like you are, and am in no way affiliated with whatever high court you’re imagining.”  What I think she’s getting at is just because she was a winner in the contest that doesn’t mean she can’t comment objectively on the BMFAC’s exhibition.  That’s true of course and Chris Oldfield as well makes a number of comments about the BMFAC that probably reflect the thoughts of fractal artists who weren’t part the contest.

It may not say much but I think it says something that the only comments made to the recent posting about the contest came from artists whose work was in the exhibit, i.e. “winners.”  And why was that?  Maybe it’s because the self-imposed radio silence by the contest organizers has reduced the audience of the Hyderabad exhibition to just the winners?

Is that the only “world” anyone would have thought the ICM exhibition was going to be presenting fractal art to?