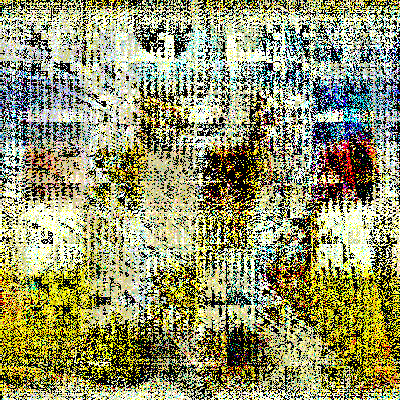 Sometimes the past fails us, and we have to write our own ancient legends. The 8th voyage of Sindbad, and other things that were probably imagined, but never recorded. How many books could be filled with the things that are unwritten?

Ideas come and go. Swirling, returning. Maybe a story has to be told several times before it’s written just once.

There is a very old Arab legend, dating back well before the times of Sindbad, and even of Bagdad itself, about a mysterious sandstorm. Like a dust devil or tornado in size, it would swallow up lost travellers, even whole caravans and take any gold they were carrying. All it would take actually, was their money.

As the legend goes, this storm rages on continuously somewhere in the desert, becoming richer and richer as time goes by collecting more money from travellers.

As is the case with sea monsters and other terrifying things, enough survivors exist to keep the memory of this mysterious sand storm alive, but not enough to make it entirely credible to most people. This is where Sindbad comes in. Sindbad, although advanced in years and finished with travelling, is still as curious as ever and likes to hear of the fresh adventures of others.

Always hospitable, he invites to his home a man he recently met while downtown in the bazaar. The man appears to be slightly crazy but also harmless and more importantly, full of the fresh stories of adventure that Sindbad is craving to hear these days. He tells Sindbad the story of the Gold Mirage that lured him out into the desert and which turned out to be the mysterious sand storm.

Is it the money that entices Sindbad to travel? or does he just get bored of the comfortable, but predictable, experience of living in Bagdad?

But this is the 8th voyage of Sindbad. The one that never gets written. The one he never returns from.

If it’s any consolation, let me suggest that Sindbad finds the sand storm. It is apparently so full of gold that even when it’s far away on the horizon it gleams brightly creating the so-called Gold Mirage that others have seen and gone in search of.

It turns out there’s isn’t any gold in it. Sindbad reaches the center of the storm without injury and finds that it’s just sand swirling around, creating strange, fantastic scenes and sounds. He makes no attempt to escape and joins what he discovers to be thousands of apparently lost travellers who are content to just wander about gazing at the sights in the sand.