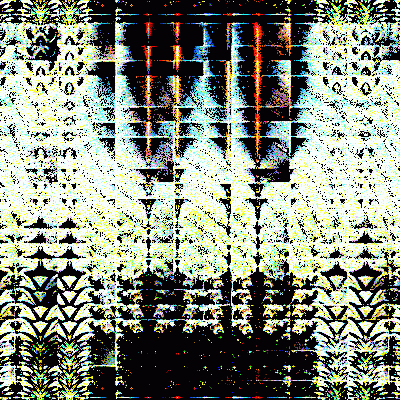 Well, it’s actually just one, but with such power, such awesome, earth-quaking power.

Ilyich the Toad’s multi-crystal.8bf is a fairly standard distortion, multi-faceted, lens filter. We’ve all seen variations of this all over the place.

I’ve always thought stuff like this was just more cheap digital tricks, and for a while I was beginning to think I was losing my objectivity by using it so much. But there’s something strange and intriguing to this gimmicky thing.

The DNA of seeing.

The what? The way we see things. We are at home in the housefly’s eyes, so to speak. One fragment at a time is about all we can really handle. It is a picture of pictures. 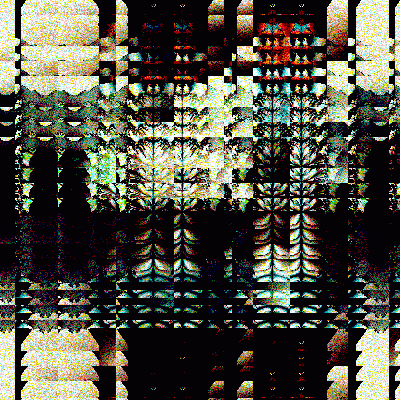 That’s why 3D rendering is so hard: our eyes are always seeing more than one thing -straight ahead, and peripheral.

We see a series of fragments, but they’re stitched together by very sophisticated software in our brains to give the impression that we’re looking at a single smooth image; a sort of mental panoramic photo making.

We see the object in front of our eyes and we see, vaguely, the area or objects around it. Ilyich’s filter I think reproduces this natural way of seeing, although it probably wasn’t his intention. It looks fragmented at first, naturally, but with several hours or days of practice…

That’s why I thought I’d done something to my mind. But no, the effect is real and I think it adds an interesting quality to many images. There’s a depth or movement-quality to them. The images of a flip-book, simulating animation, poured onto a page. Like I said, I thought the filter was just another multi-lens variation when I first tried it out, along with a lot of other ones, but now I find it’s quite creative. 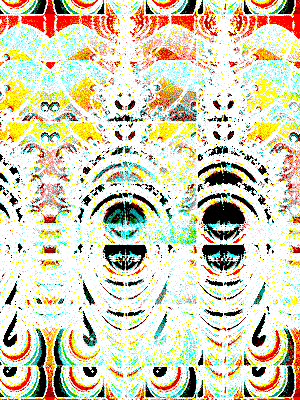 The Absinthe Drinkers (of Alpha Centauri)

Sometimes I like to look all over the image and focus on the “micro-images” in it. I’ve made a lot of junk, but like any other tool or instrument, one discovers it’s potential by testing it out and trying to concentrate on it’s greater talents.

The border is a nice touch. A careful eye will soon see that he’s chopped off the bottom and put it on the top and similarly switched the left and right sides. So simple, but it generally makes for a more appealling image.

One of the things that’s really surprised me is how it can often produce something “interesting” out of an image that isn’t worth keeping around, or an image that is “nice” but nothing special. I’ve always got lots of those.

5 thoughts on “Ten Filters that Shook the World”