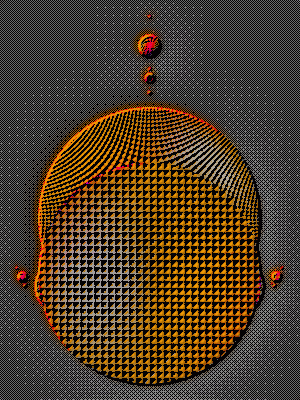 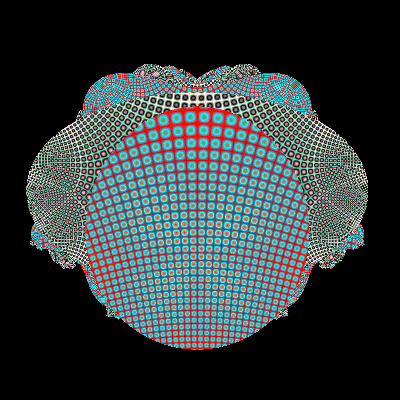 What am I talking about? Imagine that outer space is something like the ocean: mostly empty but “infected” with life. We don’t expect to find something. We don’t expect to get a cold. But we’re not surprised when it happens. Probability says, it’s going to happen, instinct says, not today. 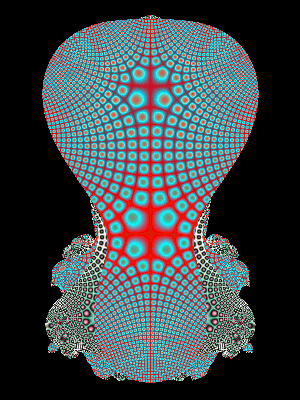 Space Heads, the micro-plankton of the space: floating, primitive …collectible.

An extra z here, a cos instead of a tan over there. Change the + to a ^ and you’ve got a new Space Head. Or just some new space. 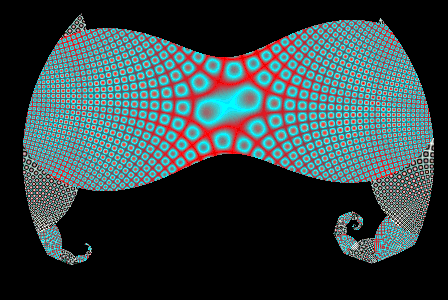 There’s fractals and then there’s the other stuff, hard to categorize or describe: Floating; unconnected but associated; head-like. Space Heads. 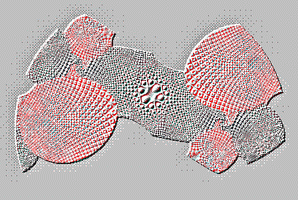 They are primitive because they are basic and close to the trunk of the tree, unlike ourselves, complex creatures, who form the distant tip of a limb. It’s no surprise to find them represented in the fossil record; ancient, the earliest of iterations, almost timeless, drifting in time. 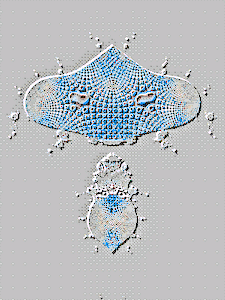 Haven’t fractal generators changed the world? Before, there was the wilderness -the natural world, and there were the cities -the places of human design. But now there is a new place, half-natural, half-human, neither of those, transcending both. On the frontier, few things are labelled and nothing is categorized. The question, “What is it?” has not yet occurred. We look, we wander, we forget what brought us here.