Fractal art got the boot a long time ago…

Let me start with an interesting quote from the (archived) Wikipedia talk page:

It’s the very first comment on Fractal Art’s Wikipedia page.  I love the irony of the username, “Eloquence” because he’s arrived at –back in 2003– the exact same conclusion I have, here in 2014.

But is this person really qualified to have much of an opinion on where the topic, Fractal Art, belongs in the Wikipedia?  From the profile page for “Eloquence” we find this:

My name is Erik Möller. I am the current Deputy Director of the Wikimedia Foundation, but also a regular Wikipedia editor.

There’s some more on his “meta” profile page:

I joined Wikipedia in 2001 and have since been involved in the project in pretty much all different areas. I spend most of my available time these days in my professional role, but you’ll still see me occasionally doing some semi-useful volunteer work, I hope. :)

I’m not making this up.  You see, it’s not just me and Terry, there’s others.  Fractal Art belongs back on the plain old fractal page of the Wikipedia because it remains a computer science topic.

And what’s WRONG with that????

Yes, why do so many fractal “artists” dislike being described as a computer science club?  I remember back a few years ago when I referred to Fractalforums.com as a fractal art venue, the owner (and moderator, contributor, TV host, etc…) Christian Kleinhuis corrected me by saying that it was a fractal site, not a fractal art site.  And if you follow the postings at Fractalforums you’ll see just how much the “technical” discussions vastly outnumber the art ones.  (Especially if you’ve been following it this summer.)

I am puzzled why “fractalists” (a better term than fractal artist) would object to the removal of their “art” status from their beloved hobby.  What is it in the terms, “art” and “artist” that they seem to want so much?  Is there some hidden ideological quest like that of, say, proving the possibility of “technologists as artists”, similar to the old, and ongoing challenge of demonstrating the existence of artificial intelligence? 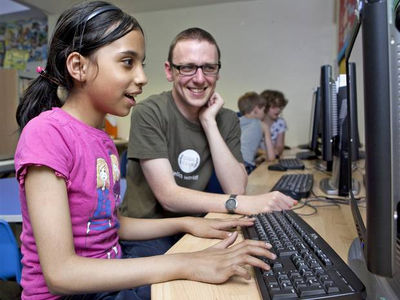 I think it’s because they see “art” as a special, higher status to something that would otherwise be described as “graphics” or “graphical applications of fractal formulas”.  But really, many great artists are despicable people with all sorts of emotional and sexual problems and whose work is just as easily defined as infamous as it is famous.  Or clinical.  Some artists can be diagnosed by their work.  They’re not taking the rorschach tests, they’re making them.

The jury is no longer out

If someone was to say that Fractal Art is a new art form and it’s too early to say what it’s going to become, I think most people would agree. I’ve been hearing that for the dozen years I’ve spent in the fractal art world now and I’ve always accepted it. It’s become something of a habit, nodding to statements like, “…but fractal art is still so new”. But how long can something be new before it’s –not new– anymore?

I’m taking the stand that the future of fractal art –that visionary tomorrow– has already arrived and that fractal art’s debut status on the world stage is over.  I base that on the fact that fractal software has been widely available to whoever wants it for a good 20 years now.  I’m not even counting the previous two decades where fractal graphics were more primitive and less accessible (but more significant); that would extend the time span to almost 40 years.

But some will still insist on the label of newness, not on the basis of young age but from the notion that fractal art is as yet undiscovered by the majority of people, and in that sense it’s a new thing to the rest of the world.  But this too makes little sense considering we are living in the age of the internet, where nothing can stay hidden or obscure for long (even if it wants to).  Have most people with internet access never seen a fractal?

Let me describe “Fractal Art” instead of offering, yet another, clever definition of it.  Definitions tend to be abstractions and fractal art is no longer some sort of artistic infant whose future we can only speculate about.  Fractal art is what it is.

Here’s my description of what it —is:

Fractal art is a technical pursuit rather than an art form. The term, “art” is used deceptively to separate from the fractal sciences a sub-category that is merely the graphical applications of fractal geometry. Although this sounds like something with artistic motivations and intentions, (it’s got that “art” word) praise and attention in the fractal art world come from technical innovations like rendering technique, formula enhancement and software development rather than the creative use of existing tools.

Old artwork is of little interest in the fractal art world and new works accordingly loose their appeal as the technology that made them becomes more widely used and is no longer fresh, like last year’s photos from a space probe.  This has unfortunately lead to the general condition of fractal art where the “art” functions merely as a reflection of the technology and the technology has become (and likely always was) the real subject of fractal “art”.

2. Both your mother and father must be a fractal

Artwork that incorporates other technology (post-processing) is irrelevant because it can’t reflect fractal technology for the obvious reason that it doesn’t use it; a criteria which simply establishes fractal art as both “anything you can make with a fractal program” and “only what you can make with a fractal program”.  Ironically, fractal art has come to be constrained by fractals because it’s defined by fractals.  Fractals have become the limits to fractal art instead of its beginnings.  The beginnings of a more loosely defined digital art form whose creative options would have been exponentially greater and one in which fractals would probably have been a prominent feature.  Fractals are the best source of digitally generated imagery for processing.

Fractal “artists” defend such a “fractal” restriction on the logical grounds that only “fractal” formulas produce “fractal” art, and in doing so reveal an exclusively technical attitude.  Only a scientist is more interested in creating “artwork” whose classification system is more impressive than it’s appearance.  This rigid definition of fractal “art” (and anyone who adheres to it) shows better than anything else that fractal art is a club for computer scientists.

Such attitudes are the norm in the fractal art world and as a result, fractal art as a category contains nothing much that would distinguish it from the illustrations for a mathematics lecture. The label, “fractal graphics” would be a much more appropriate name for the category.

With a few trivial exceptions, fractal artists are really just fractal “lovers” (fractalists?). The group doesn’t attract people with an art interest because, from a purely graphical perspective, fractal programs are just a type of shape and pattern generator, and one which produces imagery that has a tendency to become monotonous and pattern-forming. Fractal artists want their little hobby to be an exciting art form rather than just a cabinet of science curiosities (eg. BMFACs).  But they think the problem is with their audience and not themselves and so they’re constantly trying to change the impression the world has of them, rather than changing the thing that creates the impression the world has of them (ie. the art).

Some really artistic fractal artwork would go a long way to redefining fractals as an art form rather than a computer science club.  But, as I hope by now you’ve come to realize, that big leap forward is only going to happen when the medium expands and the creative options become broader.  And that’s something that would destroy fractal art in the minds of most of its “artists”.

It’s all hopeless but read the conclusion anyhow

Fractals need help; they’re pretty well limited to cool looking designs and largely ornamental or neat pictures that have a sudden wow factor as well as a sudden shallow artistic appeal.  Nobody really tries to do anything visually creative with fractals.  In fact, fractal images, despite their variety on technical grounds, are rather predictable, which is the opposite of creative.  “Creative” in the fractal art world means new formulas, new rendering methods, –new technology.  That’s a computer science club’s idea of a good time and an “exciting new development”.  And furthermore, as I mentioned in a previous posting, fractal-looking imagery is not even the exclusive domain of fractals.  Fractal programs are just more sophisticated when it comes to generating weird shapes.

As the history of the fractal art Wikipedia page shows, outsiders have never seen any difference between fractals and what is called “fractal art”; it has never distinguished itself from its parent page.  It’s ironic that it’s the people who “know nothing about fractal art” that seem to know it better than those who do.  Or, as I so eloquently put it in the title of yet another previous posting, “Fractal Artists are Deluded Narcissists”.

One thought on “Let’s face it: Fractal Art really is a Computer Science Club”