Why I call myself O. Most people think of Chaos as the opposite of Order, but actually Order is merely Chaos constrained. In this respect, Order and Chaos form a continuum that comprises the fullness of existence. The opposite of this “fullness” is the “nothingness” or a Void, often represented by an empty circle.

As O, I play Yin to Chaos’ Yang in bringing forth images that display the fullness of Chaos.

All these images were created with a freeware fractal program called Fractint, using only its standard built-in formulae. In keeping with the spirit of its developers, I have not encrypted these images or tried to make them “proprietary” in any way so that others may learn and improve upon the techniques I have used.

I have a sneaking suspicion who this artist is, but I’m not making any guesses right away.  Let’s just look at the art. (Click images for larger view) 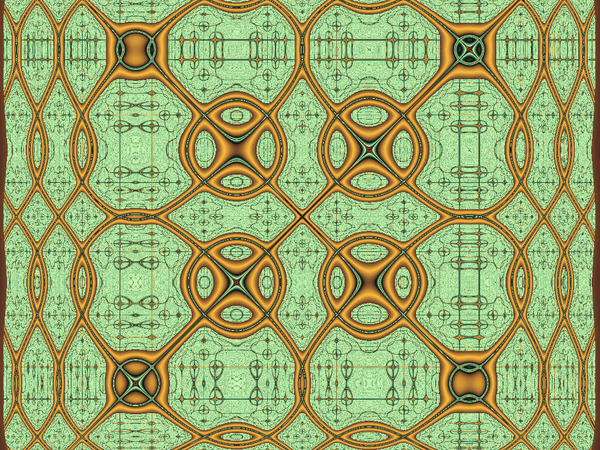 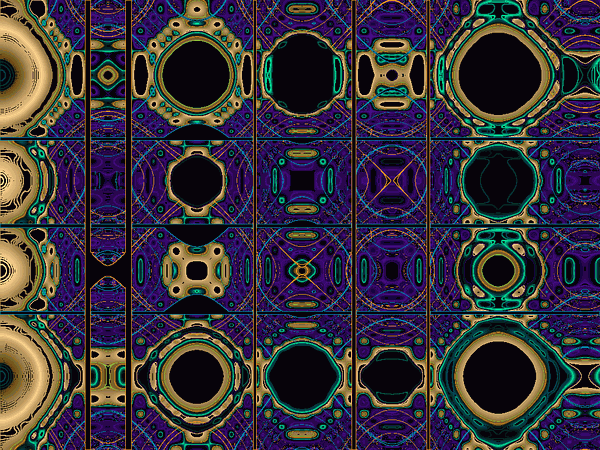 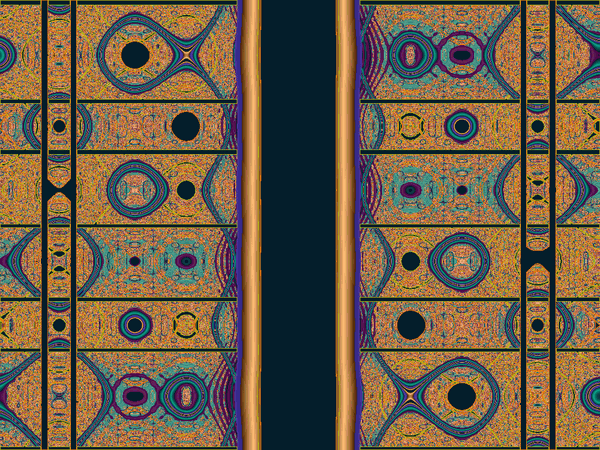 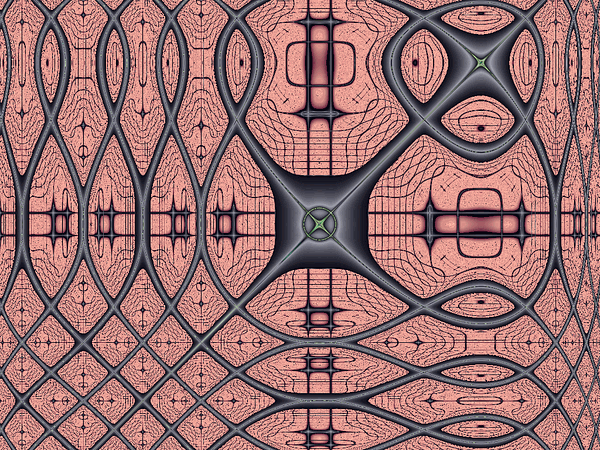 These images may not be the kind that get people excited over at Renderosity or Deviant Art these days, but I think they’re good fractal art nonetheless.  I suppose most people have moved on from Fractint but have they all moved up to making better fractal art?  The creative power of fractal math, even in an old-fashioned program like Fractint using 256-color palettes, can be more impressive than an image made with a newer program utilizing all sorts of graphical effects but which displays little algorithmic character.

These images really need to be viewed at their larger size to fully appreciate the detail that I find makes them so interesting.  Although they are patterns and completely determined by a formula, they possess an important quality of good design –unpredictability– which is exhibited by the lack of repetition and the high degree of variation that one sees when they’re given a more careful look.

The third one, Harmon231, has a very rich, almost painted style to it that is surprising in something made with such a simple, 256-color palette.  The image reminds me of the painted ornamentation in ancient Egyptian tombs.

In the first and last, Harmon01 and Harmon04, the large Celtic-like rope work displays what looks like symbols at the main intersection points as if the formula was labeling itself with it’s own custom algorithmic hieroglyphics.

The second, purple one, Harmon201b, is perhaps the most interesting of the group because of it’s most pronounced design element, the empty, colorless holes with irregular shapes.  Some of the line details are a single palette color and don’t even appear to be anti-aliased and yet complement the rest of the work which resembles a cross between thermal photography and avante garde painting.  All that from using an old dinosaur of a program like Fractint!

Well, that’s the way it is with Fractal Art, or I guess any kind of art: it’s not so much what tools you use as how you use them.  Some people might view this artwork by “O” as being very simple and maybe even primitive, but the artistic effect obtained with them rivals anything created with more complex programs.  And it’s all about making art, isn’t it?

2 thoughts on “Image of the Week: Harmonics by "O"”