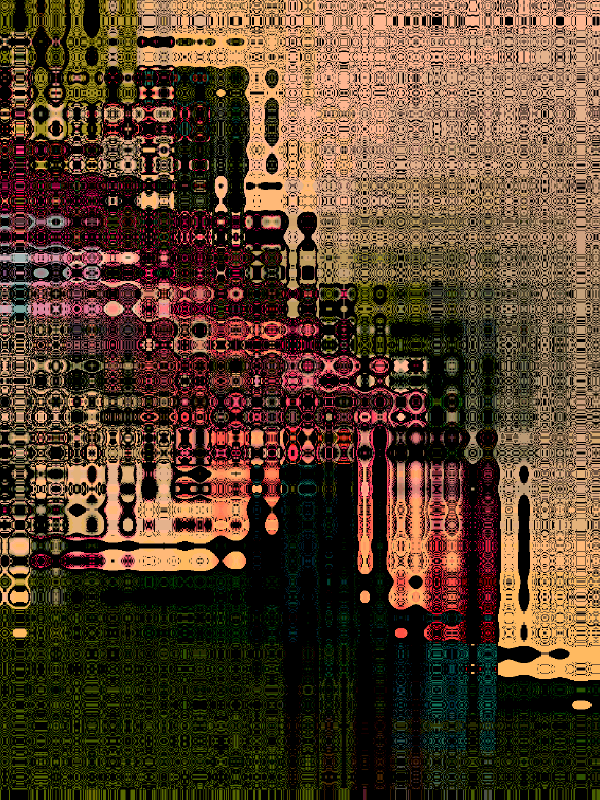 It wasn’t always like that. There was a time when Fractal Art was exciting. But that was just because it was new.

Now the excitement is found only in a few enclaves high in the mountains; hard to reach, remote, inaccessible places. From my mountain retreat, far above the smog-filled haze of the valleys, I reflect on a few things…

Just because your fractal program won’t let you do it, doesn’t mean you have to stop there.

Stop listening to your online “art” friends. They’re boring. And so will you be soon. Listen to that inner voice. The one that says, “There must be something better.”

If you want to find something new, you’ve got to stop hanging around the old places. In the words of Long John Silver, “You’ll only find dirt, diggin’ where others have dug”.

Bad art isn’t instinctive — it’s taught. Creativity however, is instinctive. Creativity is the exploration of new places and the wandering away from familiar territory. Even a cow will do this.

The next big fractal art contest will give awards to itself and the artists who produce the best portraits of it. Everything will be reworked versions of ten year old ideas. Winning prizes is a good sign you’re becoming boring.

Serious artists get bored easily, are always looking for new styles and ideas, and usually head off in directions they’re not supposed to.

Fractal art has become standardized but this appeals to those who want to compare themselves to each other and get prizes. If you want those prizes, you’d better stay in line.

Ultra Fractal has achieved the goal of actually making fractal art more difficult while at the same time convincing it’s users that this is better and is an improvement over those older programs. If this perspective was applied elsewhere, comic books would be written in Greek and Latin and come in scrolls.

Let me put it into layman’s terms: Fractal Art is a horse that should be shot, made into dog food and fed to a pack of wild Siberian Huskies who will be much better able to carry on its mission of racing tirelessly across moonlit frozen lakes.

The enlarged heads, low intelligence and common facial features of most fractal artwork reveals the inbred nature of the genre and the widely prevailing social stigma surrounding intermarriage with other graphics programs.

If you think Ultra Fractal is the apex of Fractal Art, then you’ve been climbing the wrong mountain.