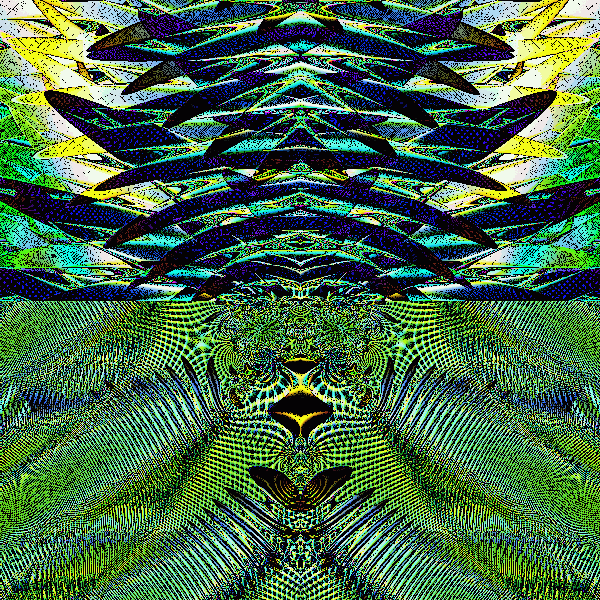 Yes. Apparently all the diseases and infirmities that I’ve been complaining about in the Fractal Art world are widespread and commonplace — in the mainstream. The Fractalbook people that I said were obscuring the really serious Fractal Art “nucleus” like a cloud of mosquitoes are actually what most of the real world is made up of.

This oozing sore on the face of Fractal Art (the source of most online “itching”) is in fact a sign that Fractal Art has arrived. A huge audience of shallow, distracted social butterflies is what mainstream is all about.

Here’s what I stumbled upon (no pun intended): Social Blogging Creates Bland Popularity
Stumbleupon has arrived. Stumbleupon is mainstream and popular. Here’s how Tony Lawrence describes its apex:

I used to use StumbleUpon to find good content. I don’t bother any more, because it’s now full of ho-hum content. Not “bad” content, but not exceptional. Not good enough for StumbleUpon to remain of interest to me.

That’s Fractal Art in a nutshell today. Right up there with the best in the online world.

There’s more from the reflections of Mr. Lawrence:

Point of reference: I’ve written a little less than 3,000 articles for this site. A handful have attracted attention on StumbleUpon or Digg. A small handful at that. Those posts weren’t voted up because somebody owed me tit for tat: these were honest appraisals of value devoid of motive. But it’s just a handful, just a very few.

And that’s exactly as it should be, right? Nobody hits home runs every time at bat, but in the new world juiced by social media, you can bat 1,000 with the help of your pals.. all it requires is that you help them as they help you

Of course it’s never so simple. There are always a few exceptions. Not everyone is getting with the program. They’re the losers.

Again, please understand that I am NOT saying StumbleUpon or Digg or any of the others are full of junk. I’m simply pointing out that gaming the system as is now common practice produces mediocrity.

But should we just ditch the whole system and crawl back into our rabbit hole? Can’t things be fixed? Isn’t it just a growth phase that will pass, and in turn produce something more mature and substantial?

Please don’t Stumble or Digg this post. Seriously – it’s not of interest to the social media promoters and will only tick them off. We’ll get hundreds of insipid comments from troglodytes who haven’t read the actual post and wouldn’t understand it if they did.

Or how about this cheery, Solomon-like quote which Mr. Lawrence gleans from James Chartrand:

I’m disillusioned these days. It takes a lot to get me interested in anything, and as each day passes, I scan more and read less. I don’t care.