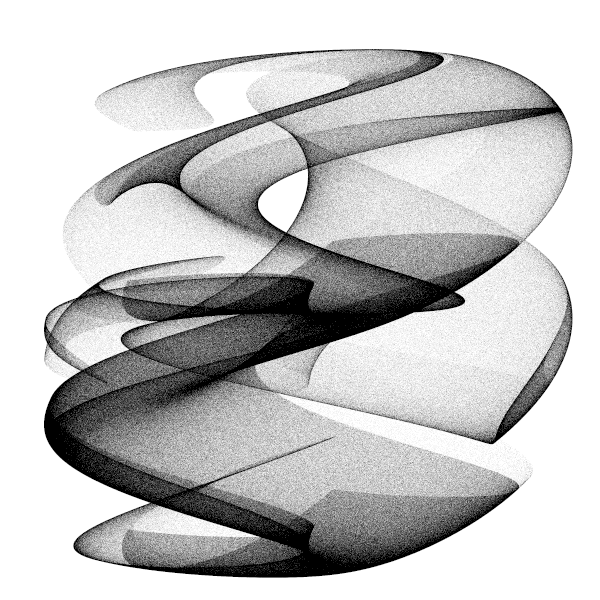 Back several month ago, I posted about a program called Fyre. As is often the case with new programs and new forms of algorithmic art, I quickly reached what I thought were its creative limits.

A recent comment on my blog asking for information on how the images from Fyre are made, re-kindled (ha, ha…) my interest in the program. I went looking for the Fyre website to see if it had the information needed (I avoid trying to explain mathematical processes). While there, I visited the official Fyre gallery on Flickr where I saw some very interesting images and asked myself, “How come I couldn’t make stuff like that?”.

One of the extremely smart and super-convenient aspects to Fyre is the incorporation of a parameter “file” in the meta information (hidden notes) of the images it saves. Open up any image saved from Fyre and you can rework it just as you can with the autosaved parameter files from some fractal programs (Inkblot Kaos, Tierazon…).

So I opened up some of the images from the Fyre flickr gallery and began to see how others had used the program and made these images that I hadn’t thought were possible. I then went further still, and began to experiment in many new directions by moving around any parameters that weren’t nailed to the floor or screamed when I touched them. 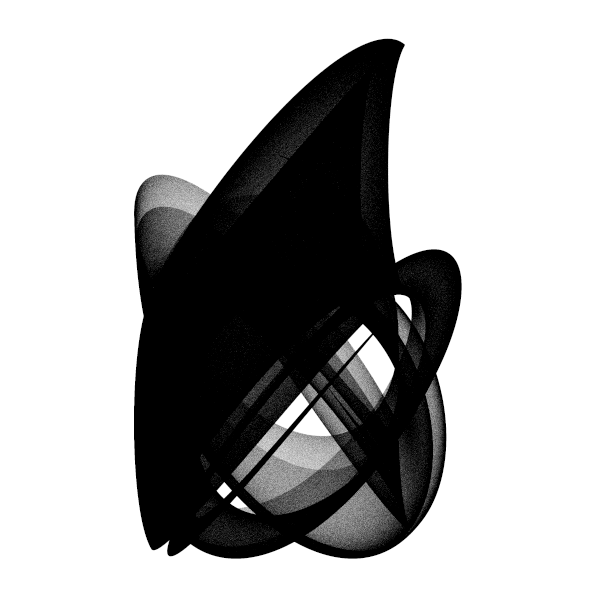 Fyre has harnessed what I would call one of the primary tools of algorithmic art: RANDOMNESS. Ctr+R instantly gets you an image formed by it’s randomly generated set of basic parameters modified by the users pre-set rendering options (exposure, gamma, type of gradient…). The human mind cannot think randomly and so is handicapped when it comes to competing with the randomly generated constructions of computer software.

Don’t feel bad about this handicap. The ability to be controlled by randomly generated instructions is a result of the weak ability, or complete lack of ability, of machines to think. Machines don’t have a brain and so it’s easy to make them do “machine tricks” like senseless, random behaviour. People, on the other hand, think too much and ironically this tends to make them behave more repetitively instead of more creatively. 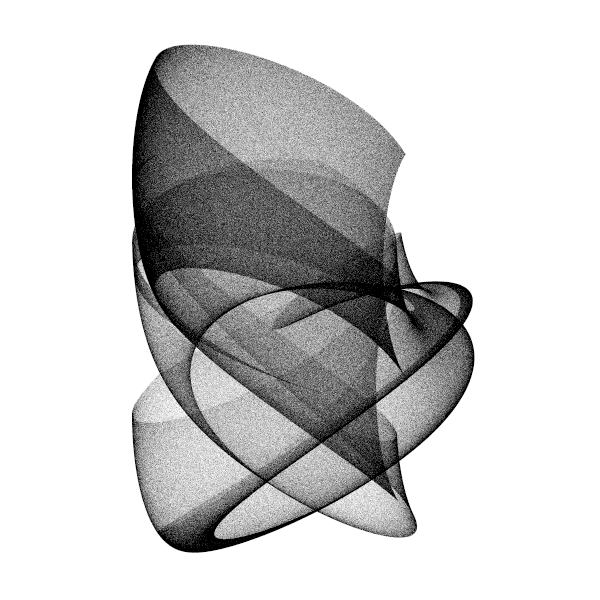 So what are we good for? Sorting the good ones out from the bad ones, which is something that will probably always be beyond a machine’s capability, art being the sort of difficult to define thing that it is. Push buttons. Slide sliders. Interpret error messages… there’s plenty of work for us, brain-encumbered, creatures to do.

And write blog postings. Can a machine ever write a blog posting? No way! It’s us, who control the machines and direct their development that alone can do that. We’re the ones who do the thinking and comment on the processes and principles. Speak your mind and we’ll all be enriched and improved by it. The re-education camps are a thing of the past now. It’s safe to speak out, comrades. The Great Leader has said so. Let a thousand fractal art postings blossom!

Aw, get real! You’re comparing the guy to Chairman Mao!

Well. Categorically speaking, I think the analogy is pretty good. He forbids his subjects from speaking out and just as Mao encouraged everyone to criticise his Government and then jailed everyone who was naive enough to take his words literally, they all know well enough to keep their mouths shut, or at the very least, not to be the first to speak out.

I think you’re making a mountain out of a molehill. Don’t you?

Hey, that’s another good one. “Mountain out of a molehill”. Yes, I’d like to see fractal art become a mountain instead of the molehill that it currently is!

Look. I haven’t got it on me right now, but I’m sure there’s something in the job description of a conscience that says you’re not allowed to use me as a straightman for your blog postings!

I don’t know what that means. And I don’t think you’ve spelled it right, either.

You’re a conscience and you don’t know what, “unconscienable” means?

Now you’re insulting me. You know, you’re the kind of guy who’d get sent for re-education even if you did keep silent.

Ha, ha, ha. Well then, I guess there’s no point in folks like me keeping quiet then, is there?