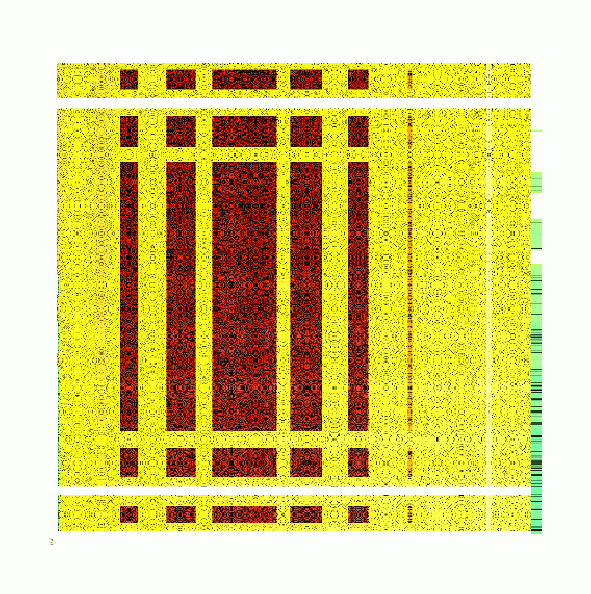 Large Bank with Tree
Just as some people admire the traditional artform of painting because of the skill and effort that goes into making it, I’ve come to realize that I have the same sort of admiration for machine-made art. Furthermore, just as many people will quickly associate artistic merit with almost any subject done in oil paint –the traditional, hard to do, artform– I am also accommodating of work done by machines when it doesn’t seem to have obvious artistic merit, because of the admirable and noble process that made it. I find that “dead” computerized process particularly fascinating and, in turn, gives advanced standing to its results and associate a special “aura” of value to it. In short, I show favoritism when considering the merits of algorithmic art over other artforms; I like it because it was made by a machine. 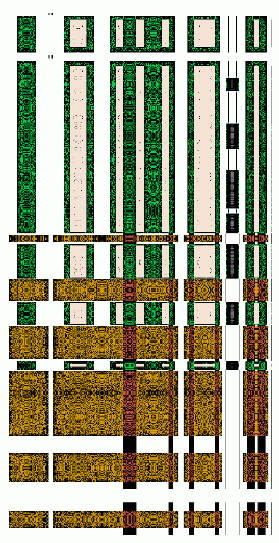 Although algorithms can be very complicated and creative (fractals, for instance), it’s natural, I think, for anyone to be amazed when the process of just clicking on effects (filters), produces anything of interest. Not so with the talented, dedicated human artist who uses a paint brush; for them we should have a much higher standard because they are free to think and choose and correct, on the fly, rather than blindly carrying out instructions which, by definition, is what algorithms are. We expect human thought and careful reflection to be the more successful strategy and, correspondingly, purely algorithmic, mechanical artwork has to overcome some resistance to it and thereby be twice as impressive to achieve equal standing. 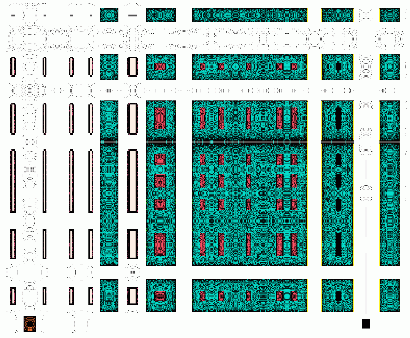 If it were a matter of marks, then a machine’s C+ ought to be “corrected” to a rank equivalent to an artist’s A. Carried to it’s logical conclusion, artists would then have to work very hard to get their work noticed above that of a machine. Since machines can be very prolific in their output, it’s conceivable that when algorithmic art is given it’s proper, advanced standing, that human, home-cooked art will rarely be given much attention, at all –beyond the museum, that is, and special, nostalgic “tribute” events, specialty websites or obscure webrings. 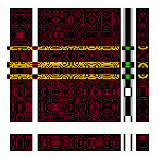 But don’t fear, you humans! There’ll be plenty of honorable mentions given out so you won’t feel like losers when compared to the machines who soar high in the stratosphere of art, plucking gold from the heavens. Machines might be cold and insensitive, but they’re not stupid. Even a scratch-and-win coupon or promotional contest will say, “Sorry, try again”.

(Was that a cheap shot?)

(No, I wouldn’t say so. You’re just commenting on what’s going on around you: current events. “Free country” and all that.)

(But didn’t I take a perfectly innocent post about algorithmic art and turn it into a sudden back-handed slap at the contest? Won’t the peanut gallery get upset and start lambasting me with the same sort of short, sharp insults that made the whole thing begin to look like some political fight which completely overshadowed the real issue and left it conveniently ignored?)

(I don’t know. I think everyone’s forgotten about the contest, really. I don’t see anyone lambasting you in a gauntlet of angry comments or offsite “forum fallout”, this time. The herd doesn’t care and they aren’t interested in what it all means or doesn’t mean. They haven’t gotten over it, they’ve stepped over it.)