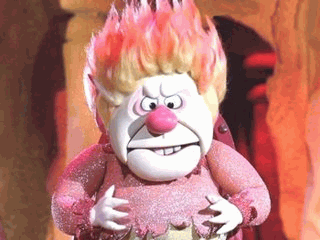 I’m not an Ultra Fractal user but I do follow the daily exchange of information on the Ultra Fractal mailing list, an email group anyone can join.  Most of the time it’s just users sharing what looks like big long paragraphs of jumbled letters and numbers.  When opened up in Ultra Fractal the scrambled text produces an image.  They call those pieces of text, parameter files.  I just skip over them since, like I said, I’m not actually a UF user, just a curious bystander.

The actual parameter code contained in the emails mean nothing to me and probably can’t be deciphered even by an expert, but there is one little bit that I often see in them that I understand quite well and is intended to be read by everyone who looks at it –a copyright notice.  Up until recently I never thought anything of those copyright notices but after giving myself an award winning internet education on copyright, I’ve begun to feel that those copyright notices on UF parameter files are …a little weird.

Why weird?  Because indecipherable text is not the type of thing that most people would think of as even qualifying for copyright protection.  The US Copyright Office says this about what kinds of things can be copyrighted:

(a) Copyright protection subsists, in accordance with this title, in original works of authorship fixed in any tangible medium of expression, now known or later developed, from which they can be perceived, reproduced, or otherwise communicated, either directly or with the aid of a machine or device. Works of authorship include the following categories:

(2) musical works, including any accompanying words;

(3) dramatic works, including any accompanying music;

(6) motion pictures and other audiovisual works;

(b) In no case does copyright protection for an original work of authorship extend to any idea, procedure, process, system, method of operation, concept, principle, or discovery, regardless of the form in which it is described, explained, illustrated, or embodied in such work.

Here’s an example of what a UF parameter file looks like: 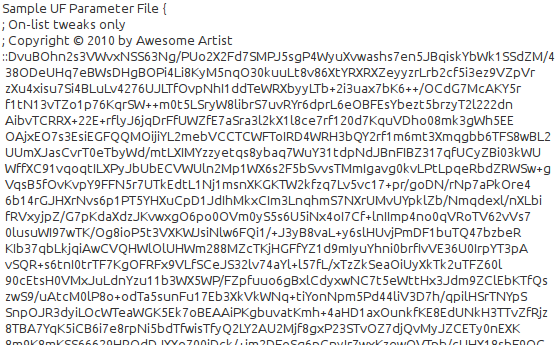 An example of what a UF parameter file looks like

Now ask yourself: In which of the eight categories listed by the US Copyright Office would you put the above UF parameter file?

None, of course.  It doesn’t fall under any of the categories, although “(5) pictorial, graphic, and sculptural works;” is probably where most Ultrafractalists would say it fits.

But I don’t think that’s right.  The reason it’s not a graphic work is because it’s not a picture of anything, it’s a text file.  Of course it will create an image once it’s opened up in UF and that image would qualify as something that can be copyrighted, but the parameter file itself is really just a set of instructions or method of operation to make the program draw the image.  It’s not a piece of literature or a poem or even a news story, it’s just a set of written instructions or what would be better described as a procedure or algorithm.

If you look at the last paragraph it says, “(b) In no case does copyright protection for an original work of authorship extend to any idea, procedure … method of operation … or discovery, regardless of the form in which it is described…”

I think a parameter file is a “procedure” and although it comes in the form of a text file just like a piece of writing would, it’s still a procedure and not a really far-out, avant-garde poem or other kind of textual work that can be copyrighted.

Sure, they are.  But if they’re procedures or processes or methods of operation, then they are clearly excluded from copyright protection.  That’s because those sorts of things are covered by patent law and not copyright law.  UF parameter files look more like algorithms than the sort of “works of original authorship” that are covered by copyright.

Algorithms, even computer algorithms, can be patented.  Not in all countries, but they can be in the U.S.  The GIF file format contains a patented algorithm, the LZW compression algorithm.  Unisys caused a great deal of anxiety among software developers some time back when it acquired ownership of the LZW algorithm and was going to require everyone to buy a license to use GIFs.  But getting a patent is different from getting a copyright.  Copyright is something that occurs automatically today, but patents require formal registration with the Patent Office.  You can’t just slap a “Patented” label on a parameter file like you can with those, one size fits all, anywhere-anytime, 24/7, copyright notices.

I don’t expect those notices to go away anytime soon though.  In the words of Colonel Kilgore:

"I love the smell of copyright on my parameter files. Smells like --Victory"

8 thoughts on “Can you really copyright an Ultra Fractal parameter file?”