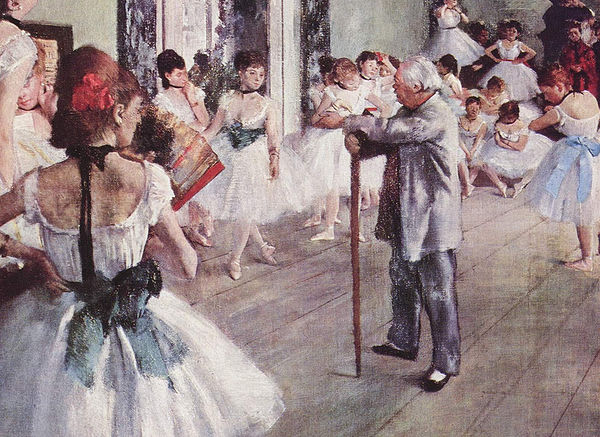 So you want to be a fractal artist?

The well-known fractal artist Janet Parke recently stopped teaching her highly popular Ultra Fractal courses at the online  Visual Arts Academy.  But just this week she has released them in downloadable ebook form for self-study.  You can read all about them here on her website.  The ebooks contain the text of the courses and are packaged as standalone Windows programs (.exe file) with a browser-like interface.  They  can be purchased from her website for download:  $20 for one; $35 for any two; and $50 for all three.

I’m sure this is all good news for Ultra Fractal fans because it seems to me that Janet’s UF courses have been very popular with a wide range of UF users and highly recommended by those who’ve taken them.  Although I’m sure many more students would have liked to have taken them while they were being offered at the VAA, this ebook release will at least make that possible for them in a self-study format.  From her website:

My beginning courses were always sold-out before each semester started, and a majority of the students continued through the 2nd and 3rd courses. Unfortunately, the demands of my full-time job have increased and I no longer have time in my life to give the personal attention that VAA students came to expect. So, after more than four years and nearly 400 students, I needed to find an alternative to teaching the courses online.

The recommendation of former students is probably the best praise any course of study can get and Janet’s UF courses have plenty of that.  You can read some testimonials on the Ultra Fractal Course page on her website, but I’ve seen similar things said on the UF list and on blogs and forums.  In fact, I don’t think I’ve ever seen anyone say anything negative about Janet’s UF courses.

According to her website, the course materials that Janet put together for all three VAA courses was quite substantial:

By the time I’d finished writing the third [online] course, the series comprised 1000 pages (if printed), illustrated with over 900 images, containing pretty much everything I’ve learned and the techniques I’ve developed since I began working with Ultra Fractal in 1998.

As I said in a previous posting about the VAA the formal instruction offered by courses like Janet’s is a real benefit to the fractal art genre and the beginning of the development of a professional aspect to what has pretty well been an art form defined by hobbyists (like me) and lacking any serious study and refinement.  Fractal art needs more teachers like Janet and not merely more places where artists can post artwork and get casual community feedback.  The community feedback of friends and fans is almost entirely composed of shallow compliments punctuated, whenever a contest arises, with binges of vote spamming.  That kind of attention doesn’t help artists and may even hurt them by making them think everything they do is good and never needing any improvement.  Worst of all, the art form never seems to expand beyond the common and the cliche.

As much as I’d like to see Janet reap a reward for all her hard work in compiling these three popular courses into self-study ebooks, I’m doubtful that students will get as much out of these self-study courses as they did from the online, VAA courses that included advice and commentary from Janet herself.  The ebooks may contain all the written course materials, but they don’t include Janet!

I’ve never taken any of Janet’s VAA courses but I’m sure the feedback students got from Janet on their coursework was a big part of the learning experience and must have had something to do with the enthusiastic recommendations they gave to other students to take the same courses.  I don’t want to discourage anyone from purchasing these ebooks.  After all, at the price of $50 for all three you’re getting all of the texts for the three online courses at less than half the price you would have paid if you’d taken the courses through the VAA.  That alone makes the ebooks a great deal for anyone who wants what those courses had to offer but unfortunately can’t take them now because they’re no longer offered.

What I’m saying is, while Janet’s self-study ebooks are a great way for her to continue to offer the basic content of her UF courses to an unlimited number of students, what the fractal art world really needs is another Janet Parke to take over teaching those courses and give the sort of formal feedback and advice that only a seasoned professional like Janet could offer. It might take more than one person.

There’s a big opportunity for a fractal artist out there with some teaching experience and technical ability (software skills) as well as some understanding of artistic principles (composition, design, color…).  Well, even if you don’t have the art stuff, teaching Ultra Fractal skills is what I’d guess would be the most popular fractal art course offering that someone could get started with and right now that position is completely vacant.  Sure, Janet will be a tough act to follow, but she’s also cleared a fine path for you and established a high level of student satisfaction.  I’d bet you’d get a good number of students signed up from the start.  Also, I guess you’ll need to really love fractal art and teaching others about it because I don’t think you’re going to get rich doing this sort of thing.  The way I see it, the fees are really just a modest compensation for your efforts and not what actually motivates people to do this.  Give it some serious thought.  Travis Williams is doing it.  And so is Joseph Presley.

Some of you already spend all your free time giving advice about fractal art to people over the internet.  Why not go professional?