It’s not often I click on fractal videos these days.  Video is just tricky with fractals, especially when you’re trying to combine it with music or some sort of meaningful sound.

But when I saw Madman’s posting on Fractalforums.com today, when he said, “This one took 10 days to render @HD quality, no anti-aliasing.” …I thought no one spends 10 rendering something for nothing.  So I took a look.  And you can too, right here, thanks to the embedding powers of YouTube:

The intro is amazingly well done and syncs with the music like it was made in movie studio.  The spinning spokey top thing transforms in the weird way that 3D fractals often do and it usually looks distracting and disorienting but in this case it works wonderfully well.  The small wire elements which make up most of the imagery look good all the time. 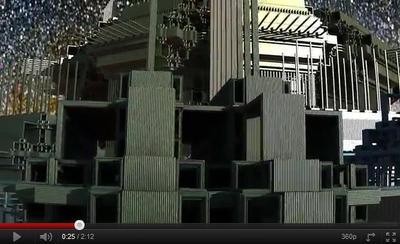 This is right were my mind went “wow”.  I thought I was in a new Star Wars movie landing on an updated Kamino Cloning Center or in Bespin Cloud City.  The best “shining” part of the video in my opinion.  But there’s more I liked: 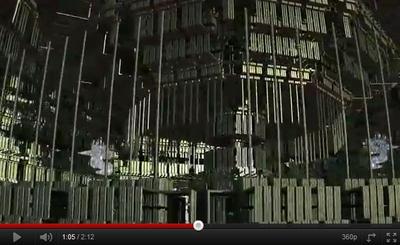 At this point I felt like I was flying as well as in a dream.  In addition to watching it at 360p on my laptop I also downloaded the 1080p HD version (114MB) and watched it on my newly aquired 40″ HDTV.  Yes, that is a step up in venue, but everything good about the video is still there at 360p and small screen.  The “action” in the video alone makes it impressive. 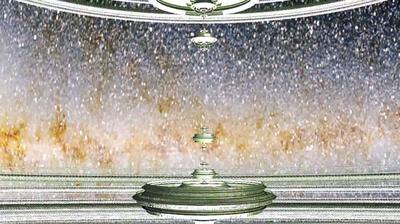 The color goes hyper and wild at this point and I really liked it.  Rather than look broken or overexposed it was stylish.  Even the golden flash added something.  It took on a real Tron like look, the original version. 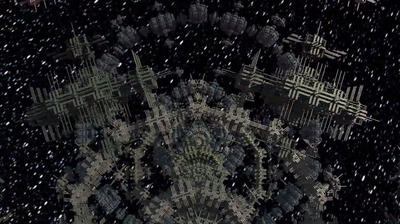 Someone on Fractalforums said the best part was at about 1:30 and they’re certainly right that it’s one of the best.  We shoot suddenly out into space enroute to this ornate structure.  There’s a lot of very nice still images to be found in this video.  Just like one of those European art films. 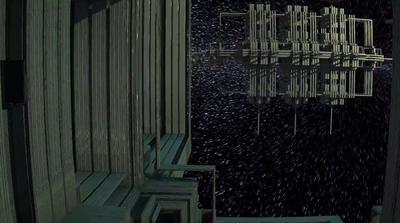 Here, almost at the end of the 2:11 video I get the Stanley Kubrik 2001 feeling.  Maybe a few too many stars in the background, but they do help for perspective and showing movement.  Nice orbiting space station.

A few general comments:  Firstly, what a thrill.  I was genuinely dazzled in a couple places and I’ve seen my share of “wonder-filled” mandelbox videos this year.  Madman has really accomplished something with this video.

Thirdly:  The graphical picture looked unique and fresh to me.  I’ve never seen this sort of “steel staple” formation before and it transforms well during the spinning, zooming and rotating.

Fourthly:  I don’t know if zooming into little tunnels is always the best thing to do when you’ve got so much spectacular and panoramic other things to look at, but it does balance those “big” scenes with an alternate, close and confined experience.  And the last tunnel zoom fit with the music exceptionally well.

Fifthly:  It takes great graphics, good planning and just the right selection of music/sound effects to create a good fractal video “experience”.  That’s a lot of work and maybe it takes some real talent for this sort of thing, too.  Video is a different medium than still image work and simple fly-throughs in and over otherwise interesting imagery just aren’t enough to keep people’s attention anymore.

Sixth:  Let’s all watch it again…