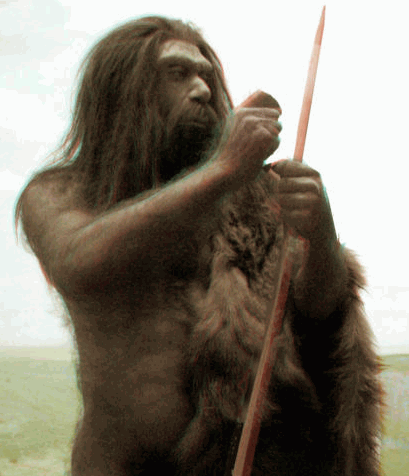 You’ve got to be sharp to win this one!

It’s a fresh new year. Who knows what could happen? Although based on previous year’s results, almost half of the exhibition has already been chosen and reserved for the judges, there’s still a good chunk of space reserved exclusively for the contest winners. So get working!

It’s probably too late to make changes to this year’s contest, but there are some suggestions I’d like to make:

How about fewer judges? Do they really need that many to judge such a small contest?

Also, how about some Art judges? In fact, why not make the judge (note that’s singular) someone who isn’t involved in fractal art at all? like some curator or Fine Arts professor who has a reasonably respectable reputation in contemporary art (but not expen$ive)? How would that be a problem? Are the merits of good fractal art only discernable by good fractal artists? Will an “outsider” pick junk and not “understand” what they’re looking at? Maybe a mainstream art judge will pick works that have good mainstream art merits?

Anyhow, get those submissions ready. Especially those of you who came so close to winning last year but still ended up becoming an honourable midget.

Well the war of words over last year’s contests is over: Orbit Trap has won.

How can I say that? Because all I hear now in the minor skirmishes that take place, from time to time, here and outside the castle walls, are personal attacks on us OT writers. If there was a weakness in our criticisms of the Benoit Mandelbrot Fractal Art Contests or the Fractal Universe Calendar, then our critics would be attacking those first.

I guess I’ve come to see the personal attacks as acts of desperation and last resort. They attack us personally because they can’t find anything to attack in our arguments or what we’ve said. In fact, the personal attacks confirm to me that our arguments are solid and have passed the test and show that now our critics just want to change the subject. They attack us out of frustration.

I’m not totally indifferent to these attacks, but maybe because I’ve had very little association with these people and have never really identified with the fractal world that it allows me to be somewhat detached.

I would say these two primitive contests are proof that the fractal world is still in the stone age as far as standards go (i.e. professionalism, ethics), but because things are so undeveloped and in such a early state of advancement, criticism of the contests is quite likely to have a great impact because it’s easy to start over and simply abandon both of these circuses. Fractal art has advanced so little that it’s easy to change direction.

I would also say that since the two contests are all there is at the moment to represent the genre in this way (competitions) that they are perennial issues that won’t go away until the issues they raise go away. Our adversaries like to portray the contests as personal projects and therefore make our criticism of them look inappropriate (“just get your own contest…”) and yet the organizers use these contests to draw in and represent all of the genre, while at the same time using all that attention to pawn off their own artwork alongside “the best”.

Those contests turned the spotlight on themselves – we didn’t do that. They want the freedom to speak to the whole fractal world, but they don’t want anyone to speak back to them.