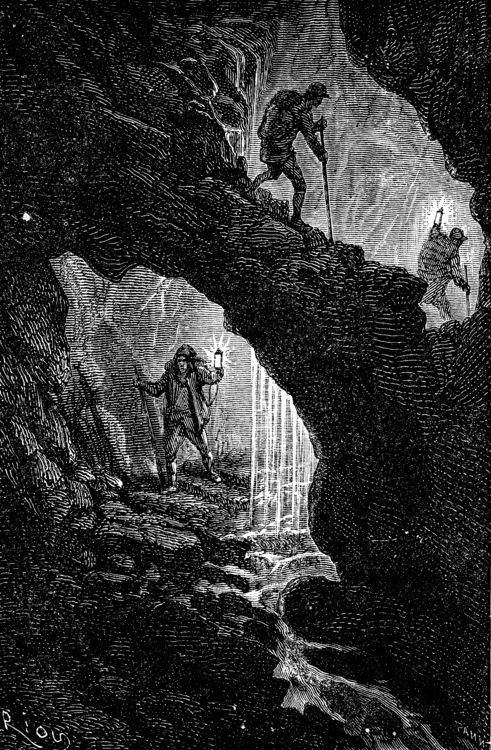 A new and wondrous discovery in the land of 3D fractals has been made by a veteran Fractalforum member, Erp Trafassel (trafassel).  You can read the soon to be famous thread on Fractalforums.  Daniel White (twinbee), who sparked the original 3D fractal quest for the “Holy Grail” that resulted in the Mandelbulb had these remarkable words to say about Trafassel’s recent discoveries:

Amazing stuff trafassel. This is surely much closer to what I originally envisaged for the real 3D Mandelbrot than we’ve ever seen before. We’re seeing all kinds of designs, giant 3D connected networks, tunnels, arrays of tentacles, intricate satellites, foamy materials, shapes we’ve never imagined, and of course, the return of the spine also! (closer to what I thought the 3D spine should look like). I love the zoom near the end of your video too.

If I were to give the Mandelbulb rating of how close I thought it was to the holy grail, say, 5/10, I would give yours perhaps 7 or maybe 8/10. I still think there are subtle and not so subtle things which prevent it from being the holy grail which I’ll try to elaborate on soon. In particular, there’s a feeling that many of the shapes have a somewhat IFS feel to them (over-smooth or chopped up spherical surfaces etc.), and of course the overall shape is not what we might expect.

“…which I’ll try to elaborate on soon”  Sound like the game is “afoot” as Sherlock Holmes often said when discovering an intriguing new challenge.  Trafassel posted two YouTube videos in which he conveniently compiled a series of images documenting his latest discoveries as a video slide show.  This is as much a scientific and technical discovery as it is an artistic one, so look carefully for new structures and imagery.  It’s just like a space voyage or the photo stream coming back from a probe sent off to explore a distant planet.  Like Tom Lowe’s (Tglad) initial Mandelbox images, many of Trafassel’s images here are quite spectacular to see as well as to appreciate for their technical achievement.

I quoted Daniel White just to give you a quick idea of the great significance of what Trafassel has achieved, but it seems to me from reading the thread that Trafassel stumbled on all this entirely on his own while exploring various new parameter settings for the Mandelbox formula.

It all started on September 21st, 2010 with Trafassel’s very brief and humble opening post to his new thread, Inner view of the Mandelbox:

The Mandelbox, but seen from the Inside. This means a voxel is visible, if and only if its coordinate is no element of the Mandelbox set. 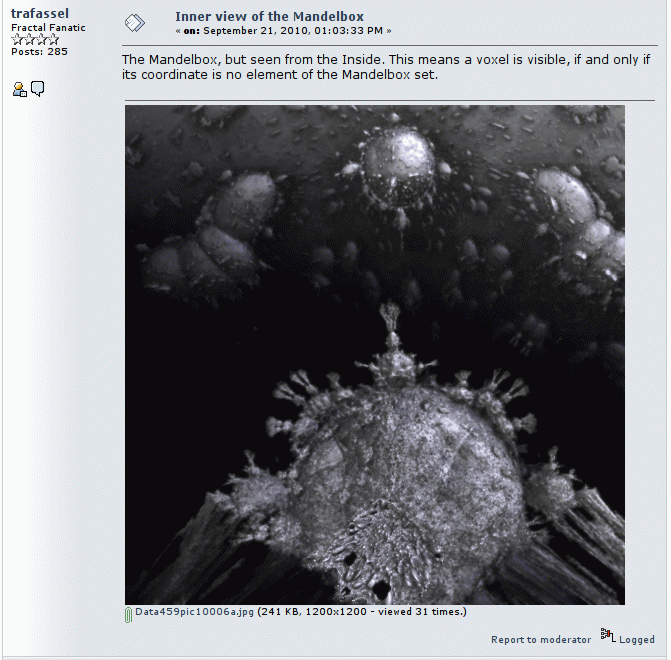 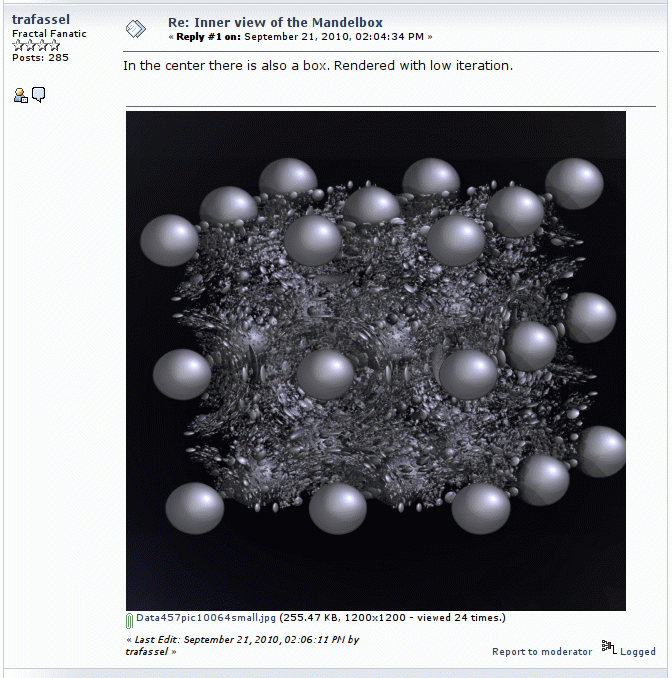 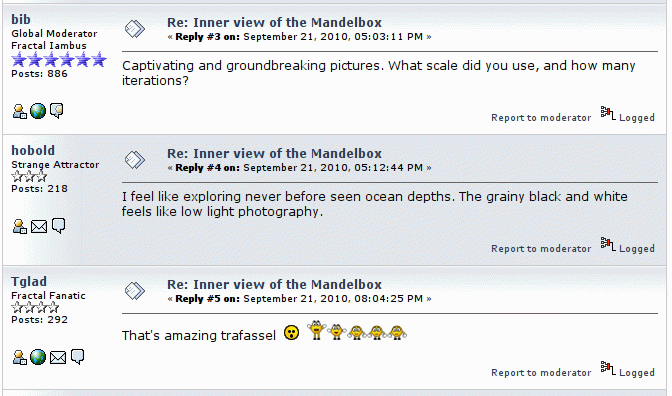 Trafassel then goes on to share the parameters and explain them.  Which raises the obvious question in most readers’ minds,  “What program is he using?”

Much or all of the 3D fractals currently are being created using Krzysztof (buddhi) Marczak’s Mandelbulber and Jesse Dierk’s Mandelbulb 3d, and also Ultra Fractal with Dave Makin’s MMFwip3D formula.  I can’t really tell by just looking at the images to say what they were made with and I don’t actually use any of them myself, either (I’ve been too busy watching what everyone else is doing, lately).

Maybe I’m wrong about this, but it seems to me that Trafassel’s Journey to the Center of the Mandelbox has been made exclusively in a machine of his own design and manufacture?!  Yes, there seems to be even more software spinning off of the Fractalforum’s talented group of developers: Gestaltlupe 0.9 available for Windows developed by Herr Trafassel himself.

He describes the program, hosted on GitHub.com, as “Representation of tomographic data. This tool can be used to explore the mandelbulb fractal. Sounds rather scientific but then this is a machine that’s just gone where no one else has gone before.  I feel like I’m living in a vintage pulp sci-fi story or, of course, a Jules Verne novel. 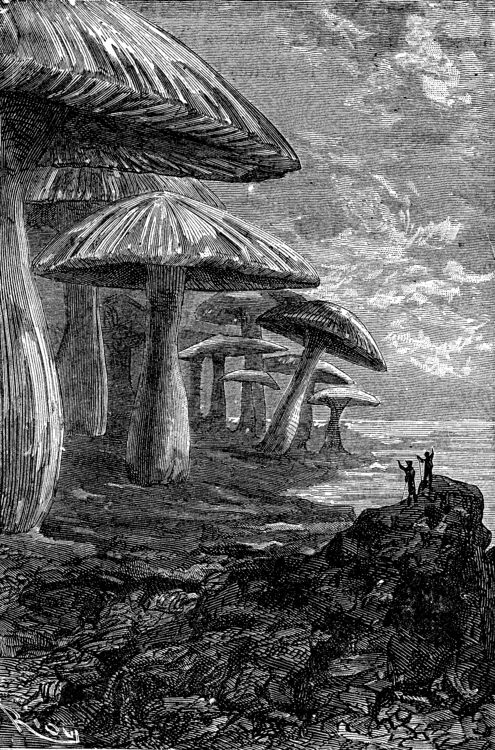 In the past the pictures illustrated the text, but now the text is merely footnotes to the pictures.

Yes, as many of us know, fractals can be just as much voyages of discovery –computerized voyages– as they can be a way of creating interesting graphics.  There’s no better example that I can think of than Trafassel’s recent discoveries here of “inside” the Mandelbox.

Fractals are still a growing and expanding realm of imagery and science.  A place where fresh parameter strings can open the door to another world.

One thought on “A Journey to the Center of the Mandelbox”