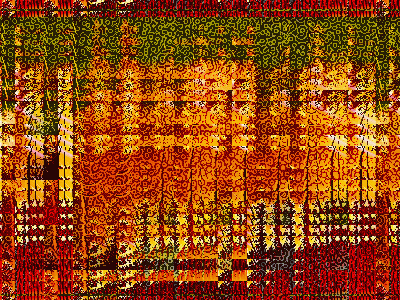 It’s never been my intention to talk about war and depressing stuff like that, but I like this image and all I can think of when I look at it is the B-29 fire-bombing campaign that took place over Japan in the spring of 1945.

I read the diary of an allied soldier who was a prisoner of the Japanese working in a coal mine in Japan during WW2. The entries were very routine and written every day without exception for the duration of the war from Dec. ’41 to Aug. ’45.

My Grandfather had been part of this group of 2,000 Canadian soldiers, just like the author of the diary had. They went to Hong Kong in November of ’41 and fought from Dec. 8th until Dec. 25th when the British colony surrendered.

Although my Grandfather’s been dead for almost 15 years, I joined a veteran’s organization whose purpose is to comemorate their memory as well as look after the interests of those surviving Canadian veterans who fought in the Battle of Hong Kong. I wanted to get some understanding of what the veterans went through so I could relate to them better, and I thought reading the diary’s exhaustive, day to day account would do that.

Can someone like me really understand these war experiences? Possibly not, or at the most, only in a limited way. 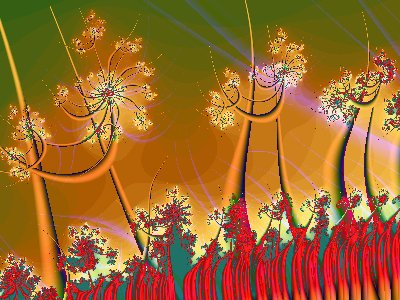 (With regards to the image above, this is the original image from Inkblot Kaos from which it was made, with the help of Illyich the Toad’s multi-crystal.8bf and Martijn W. van der Lee’s, Ink Rubber.8bf (“inkrubbr.8bf”) which tinted it.)

The guy who wrote the diary was very methodical and disciplined. He never missed a day, even if there was nothing really to write about. He soon fell into a routine of writing two sentences a day about his experiences as a POW working as slave labour in a Japanese coal mine. It became a ritual.

Until the spring of ’45 when the regular entries abruptly stopped.

I knew he hadn’t died. He survived and came back to Canada after the war like my Grandfather did. But camp life for the author was turned upside down and it seemed to have something to do with a sudden change of events in Japan associated with Allied bombing.

The war ended and the author left Japan in September of 45. While enroute by train to board an American ship homeward, he saw the ruins of Nagasaki, destroyed only a month previously by the second atomic bomb.

So what had happened that caused this man to stop writing in his diary for a whole month? What was going on that had such a profound effect on the behaviour of the prison camp guards that he thought they’d kill him for the slightest reason such as possessing a diary?

I found out by reading a book called Flames over Tokyo by E. Bartlett Kerr. The catastrophic events were the B-29 incendiary bombing campaign that literally burned up most of Japan’s major cities in spring of 1945. Most people know about the atomic bombings of Hiroshima and Nagasaki, but few, including myself, know much about the fire-bombing campaign that went on all over Japan and was actually much more destructive, although less “glamourous” to write about than the atomic attacks.

To make a long blog posting short… back in the 40’s most of the buildings in Japanese cities (even large parts of the national capital, Tokyo) were made mostly of wood. European cities had much more brick and concrete construction which made the strategy of fire-bombing less appealing, but for Japan this was it’s achilles heel.

Add to all this the brand-new B-29 (“SuperFortress”) with increased bomb load and extended range of operation, and then the newly designed incendiary bombs, in clusters, made with “jellied” gasoline (napalm), designed and tested to puncture a roof and several floors of a wooden Japanese building and squirt on impact…

Once the fires got going, some of the flight crews in the next wave of bombers said they could actually smell the fires -and burning flesh. They weren’t flying at 30,000 feet like the new “pressurized” B-29 was capable of. They were flying at a few thousand feet, at night, to maximise accuracy and minimize losses. Less like flying, and more like driving, through Tokyo.

Well, so what? War is pretty awful and destructive all the time isn’t it? Yeah, but in these cases huge chunks of the city were obliterated (and the people in them). Not just a few isolated, industrial areas or strategic targets, but something like 40, 50 or 60 per cent of the whole city. In a few Japanese cities, upwards of 90% of the urban area was burnt to the ground after only two or three bombing missions.

The war that had so far been foreign and far-away, all of a sudden came home.