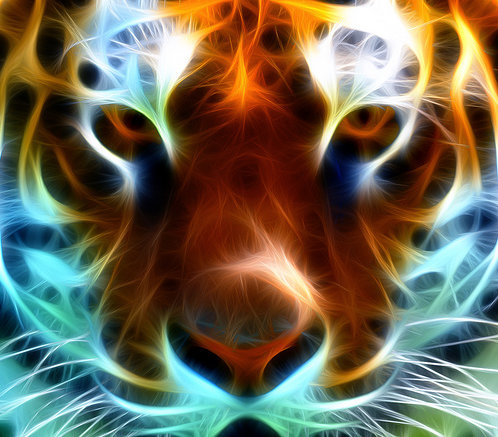 Fractal Tiger by Richard Diggle (ricdiggle)
Yes, it’s finally come to this.  Apophysis, and all flame fractals have been replaced by a single Photoshop filter.

Of course this new photoshop filter, Fractalius, by Redfield Plugins undoubtedly owes it’s existence to that great inferno of flame fractals, Apophysis. Just as the name of the filter suggests, flame fractals have been the inspiration for this new digital wonder/abomination. Imitation is the sincerest form of flattery (unless you count theft).

But what an interesting world it opens up.  Or is it nothing more than a cheap imitation?  Knock-offs of what is really a much more sophisticated artform?  A trivialization of fractal flames by reducing the entire artform to nothing more than a mere fibrous outline and surface texture? 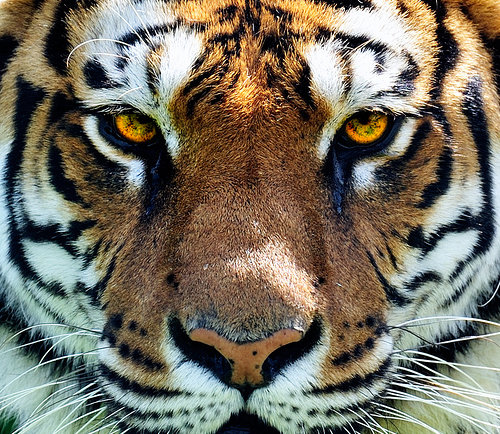 Hypno Tiger, by Richard Diggle, (the image from which Fractal Tiger was made)
Well actually, an awful lot of real, genuine, Apophysis-generated flame fractals would fit that cheap imitation/ knock-off description.  For many years now, the apex of flame fractals seems to have become nothing more than trying to weave realistic looking imagery out of long thread like feathers.

It’s ironic that a photoshop filter can capture the essence of that type of imagery and enable it to be used much more creatively.  Now anything can become a flame fractal!  Whereas in the past, most flame fractal artists were obsessed with trying to make flame fractals become something.

There’s a big lesson here for the genre of Digital Art: In the end it’s all just pixels. 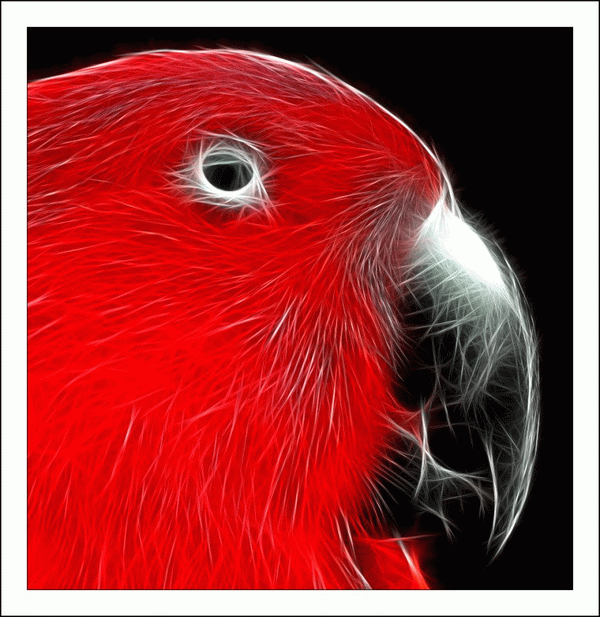 Does it matter if you cheat by using photoshop filters – those great genetic engineering laboratories of digital art?  What is the difference between real orange juice and artificially produced orange juice, made from chemically cloned natural flavors, if you can’t tell the difference?

Think of it as a variation of the Turing Test for artificial intelligence as applied to artificial anything: if you can’t tell whether or not you’re interacting with a computer or a real human being, then the computer and the person are categorically the same (i.e. intelligent).

Except of course that genuine Apophysis flame fractals will have parameter files while photoshopped, or Fractalius images will not.  And then again a good fractal artist will be able to tell which one is a real fractal flame, too.  Naturally.  You can’t fool the experts. Can you?

But that’s just the point: if you have to ask for a parameter file to verify that an image is a genuine flame fractal, or ask what program it was made in then you’ve been fooled already and you can’t really tell what it is without asking for its digital pedigree to sort out whether the image is from a noble family or just some imposter who’s walked in off the dirty digital street. 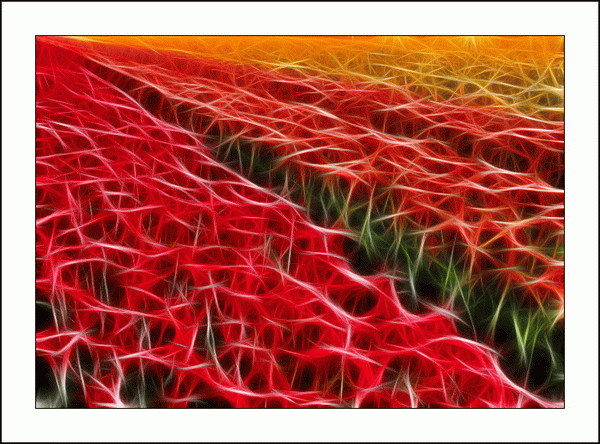 Yes it is!  From a new kind of fruit!

Fruit grows on trees or vines and there’s no such thing as a Coca Cola tree!!!

Oh yes there is!  There certainly is!  It’s just a different tree, with tubes and steel leaves and hissing moving things hidden in buildings and tended by armies of strange new farmers wearing hair nets and watched by security cameras to make sure they don’t steal anything or spit in the formula.  Another marvel of the modern age – bigger, faster, sweeter.

There’s a big lesson there for the genre of Fruit Juices: In the end it’s all just taste buds. 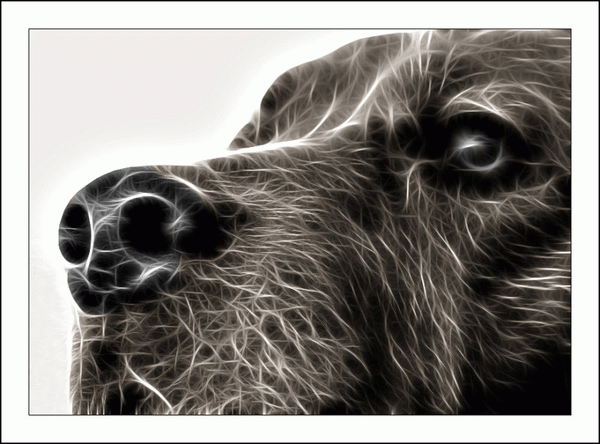 When an art form becomes simple and repetitive then it’s ripe for being replaced by a machine.  A machine that will be much better at performing simple and repetitive tasks and greatly enlarge the current plateau the art form is “resting” on (resting as in Monty Python “just resting” sense).  Workers who do nothing but push buttons and turn dials have often been replaced by machines.  Mechanical functions are easily mechanized.  It’s been a good thing for them, too.  Now they’re free to find more intelligent and sophisticated work.  Creative stuff.  Not the brainless things that got them automated and out-sourced in the first place.

One thought on “Apophysis Vs. Photoshop”