What has it done for fractal art?  It’s brought publishers to the realization that fractal art can be bought in bulk like any other stock imagery they already use.  The years of contests, editors, sorting, sifting, short-listing and final cutting are over; just find someone who knows how to make the stuff and order a dozen.

While Cornelia Yoder might be “flabbergasted” over her recent rise to fame, laying claim to what used to be a highly contested and multi-artist production, I see this sudden development as a sign that the calendar publishers have gotten wise to the over-inflated view that fractal artists have of themselves and their cliche artwork.  Publishers don’t need “artists”, they just need one person who can perform the fractal equivalent of a flower arranger. 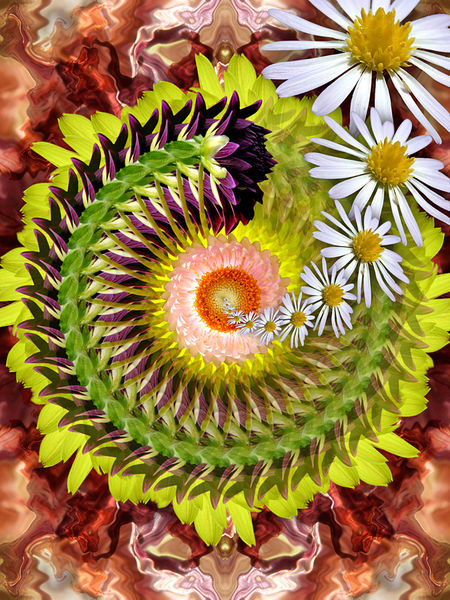 Now I know some of you like the kind of fractal art that the calendar features (year after year) but that’s okay because there’s many people who love looking at flower arrangements and they have about as much variety in artistic style as the calendar’s “fractal arrangements” do.  I’m not interested in pointing out what is “good art” and what isn’t, I just want to point out that “fractal arranging” has become a very common skill which is easy to acquire and needs only a little “tweaking”, as they say on the Ultra Fractal Mailing List, to enable one to produce work that can be considered individual.  It wasn’t that way back in the 90s when these delightful, shiny ribbon things first burst onto the fractal art scene, spinning and sparkling in ways fractals had never spun or sparkled before. 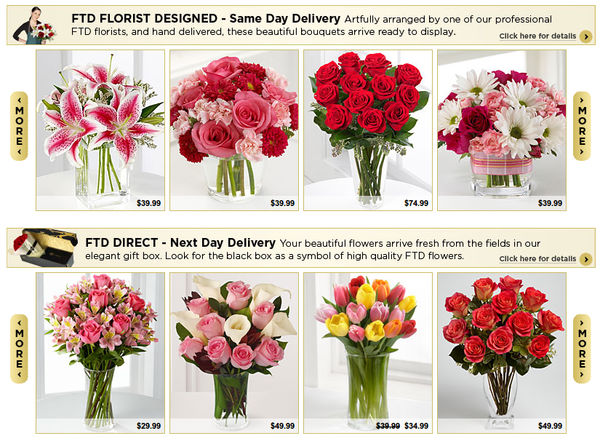 I have a funny anecdote to tell: back a year ago when the Fractal Universe calendar was going through some changes and looked to be closing up and then to be producing one last issue without a contest, I thought they had made a new calendar out of old images from previous years.  So I went to the calendar site and compared the latest calendar’s set of images with the archives.  Immediately I was sure I spotted some duplicates!  I searched the archives to find what image and from what year they’d taken it –but I couldn’t find them! The ones I thought were reprints weren’t reprints at all it seemed.  But it was hard to be sure so I went over each year again because I was sure I’d seen a few images from the new calendar that matched ones in the archives.  Finally, I had to go through the process really slowly and carefully: I would look at the new one I suspected of being reused and then look at a single archived image and then look back at the new image again and then repeat the process with every archived image.  It took a while but I was certain I’d find proof that they’d rehashed old calendars.  It was like in the old cop TV shows where they have a witness look over the mug shot books again and again because the detectives can’t believe none of the criminals in the book match the person the witness saw.  Then it dawned on me:  These fractal images are all so similar that they have no distinguishing characteristics –They all look the same!

So, is it any surprise that the calendar publishers have come to the same conclusion?

So the next time you hear someone trying to defend things like fractal art calendars because they “introduce fractal art to a mainstream audience”, just tell them the story about the great Fractal Universe calendar and what it did for fractal art.

The only way fractal art will ever become mainstream is by becoming mainstream.