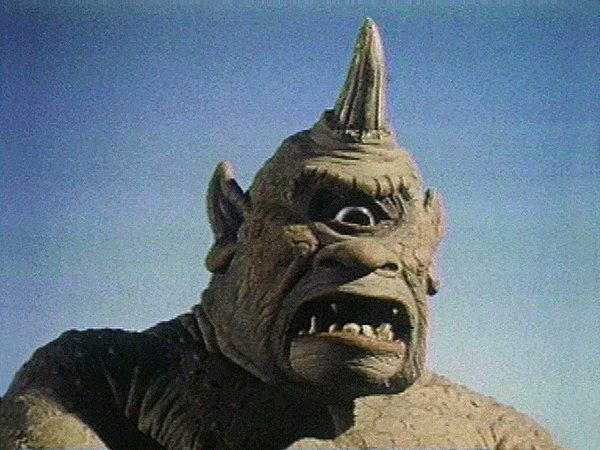 Hey, look at me! I’ve got texture!

Whoa.  That Algorithmic Worlds thing of Sam’s is just the sort of thing I was talking about.  If it wasn’t for guys like Sam I’d say Ultra Fractal was the biggest software rip-off of all time.

As for texture; Even Mondrian’s plain colored squares with black outlines have it.  But I think that’s because Mondrian didn’t have Ultra Fractal — or Photoshop.  The texture was a by-product of the materials he used: canvas and oil paint.  What he probably wanted was something more like glass or plastic, which wasn’t available at the time.

Mondrian’s famous square collages are a good example of “art”.  I saw one once in a gallery somewhere (I think he made a lot of them) and you know what I did when I saw it?  I moved in close and took a look at the surface of the picture — just the sort of thing that your binocular images allow viewers to do with your artwork despite the fact it’s viewed on a monitor.

I remember seeing a painting by uh, Klee, Paul Klee, I think.  It was full of squiggly little creatures against a surreal and colorfully painted background.  I’d seen it before in a book.  The kind of photograph of art that you’ve mentioned, and is lacking in detail and texture.  When I saw the original hanging on a gallery wall (and I took a good close look at it — no hanging rope barrier or plexi-glass case in the way) I hated it.  It looked like something I’d painted in art class.  In the book it looked more professional, but in high-resolution on the wall (more like “full-resolution”) I could see the brush strokes and it looked like Klee has just slapped the thing together in a few minutes.  That shouldn’t matter, really, but the point is the high-res version — with lots of texture and detail — looked worse, not better.  To me, anyway.

Getting back to the Zoomify things, I think they’re pretty gimmicky.  Sam’s “…atl2” is interesting, but the other one doesn’t benefit from the zooming.  Janet’s is not a good one for zooming either; probably because it’s too fractal, actually, and the recursive pattern is repetitive rather than revealing of something deeper or more subtle, which is what zooming into an image is usually done for — to show you the artwork’s underlying architecture.  In defense of both of them though, I’d say that the Zoomify feature is relatively new and they’re just experimenting with it at this point.  These examples are just the beginning.  (Although Jock Cooper’s Zoomables are better done and with much simpler technology, too.)

To compare my “Sterling-Worlds” with the Zoomify flash applet, the first thing I’d say is that Zoomify doesn’t go deep enough to mimic fractal zooming but it’s not a good magnifier either because it goes too deep for that and presents you with details that are not even noticeable in the top-level view.  What it’s good for are maps and diagrams where the relationship of the detailed view to the top-level view is abstract and doesn’t have to be related to what you’ve currently zoomed into (a street intersection or the connections between several atoms on a molecule, for instance).  What I’d prefer to see is a parameter file that you could load into Ultra Fractal and explore like you can the Sterlingware parameter file I posted.  I’m not even sure that’s possible with Ultra Fractal.  The program is so “refined” that it’s abandoned its fractal origins which the single layer programs have maintained and developed.  Ultra Fractal is more a graphics program now that does creative layering employing fractal themes in a trivial, decorative way.

I find Fractal Art (art with fractals) appears to be simple to define on the surface, but when you start to consider it’s algorithmic nature (deterministic, mechanical) and particularly it’s abstract, non-representative characteristics (it doesn’t really look like anything), evaluating it according to established principles of what is good art and what is bad art, is something I still find to be elusive.

The other thing is: I consider the computer monitor to be a adequate “canvas”.  I guess that’s why I consider the parameter file, generated world, to be the only real zoom or exploration that counts.  If someone was to print out my images and see something more, or less, than is visible on the computer screen, I’d say stop looking at prints and stick to what you see on your monitor — that’s the real thing.  Whatever extra shows up in a print is just artifacts, by-products — as artificial as Mondrian or Klee’s brushstrokes.  Is that crazy?