Look at it. Stare into it.

Learn it’s mysteries –if you dare!

Stop! Stop!
Your mind is in its icy grip!
Run, you fool!
The Stone of Mystery will DESTROY YOU!!!
Your puny brain can not survive its thunderous torrent of KNOWLEDGE!!!
(sung to the tune of, “Here Comes Santa Claus”) 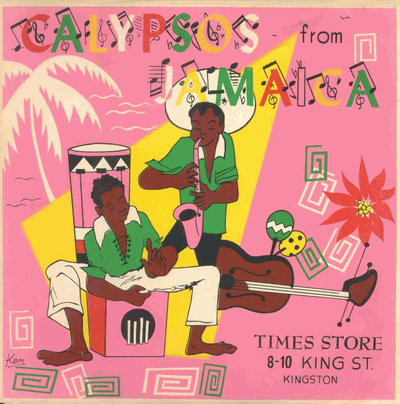 Could this be the innocent precursor of… The Stone of Mystery?

I started with an old record cover I found at mentomusic.com; India Inked it, double resized it and wheeled it into the ever promising, and soon to be famous, block wave filter from digiKam’s showFoto. Then I cropped out a piece of it that looked great at the time, but which I have since deleted. This was then distorted several ways to produce something that looked like a Mayan temple painted pink and sitting in a snowstorm, which I then deliberately saved as a black and white, two-color file, for some reason.

Upon noticing the fine, intricate lines it had just then acquired, I returned to the block wave filter (the roulette wheel of filters). It was double resized again and finally, shackled to the table, sent back up and reanimated with the filter set on high (77 instead of 25).

Voila. The tricks of Clickery made plain. It looks easy, so easy, until you learn the torturous route I travelled to make it.

But, I am a hero, and thus, it is my lot to wrestle with the heroic. And now, unable to endure the comfortable ease of victory and it’s resulting decadent rewards, I struggle onwards, always onwards, to reveal…

Son of… Stone of Mystery!

Smaller.
Shallower.
Cheaper to produce.
But, featuring previously unreleased scenes, that didn’t make the final cut, the first time, because the movie going public were not ready for them.
Has a much better soundtrack, too.

-with thanks to Universal Pictures Inc., 1957

2 thoughts on “Stone of Mystery!”