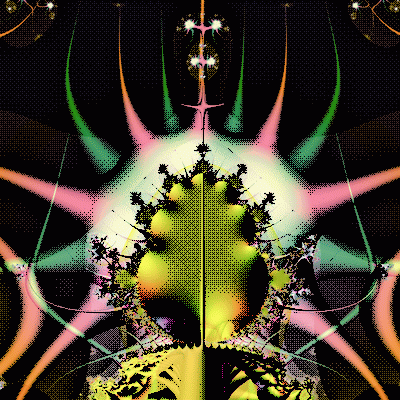 Who would have thought this humble pest would someday take a seat beside the likes of David Copperfield or Martin Chuzzlewit, as The King of the Microbes.

One of the most startling events for fans of Charles Dickens this past year has been the recent discovery of an unpublished manuscript, The King of the Microbes. It’s authorship is still controversial, due to it’s peculiar subject matter, but some scholars say it’s nothing new, and argue that Dickens made numerous references to it in his diaries and letters although, until now, everyone assumed it never became more than just an idea. 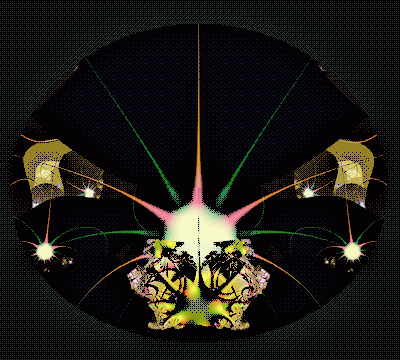 Published for the first time after being written over a hundred years ago, Charles Dickens’ strangest work has become an instant cult classic.

A noted scholar on Dickens’ work has responded with total disbelief, “Charles Dickens never wrote anything remotely like this sort of science fiction novel. They didn’t even know about microbes when he was alive. It’s ridiculous, not even one of his contemporaries could have written it.”

Tracing the life of Jim, a microbe, the novel describes his impoverished beginnings and subsequent separation from his family at the tender age of 8, when he’s sent to a large industrial center to earn money to help support his family back home.

Exploited by the factory owners and earning nothing but a meager ration of gruel each day for his work, Jim uses his organizational talents and sincere charm to lead a labour revolt that eventually grows into something of a revolution ending with him being crowned as their king.

Standard Oliver Twistian fare, excusing the revolutionary theme, but this all takes place on the microscopic level and there’s none of the happy, plump and playfully named humans which the readers of other works by Charles Dickens would expect. In fact, there aren’t any people at all, and his best friend is named “Zorax.” 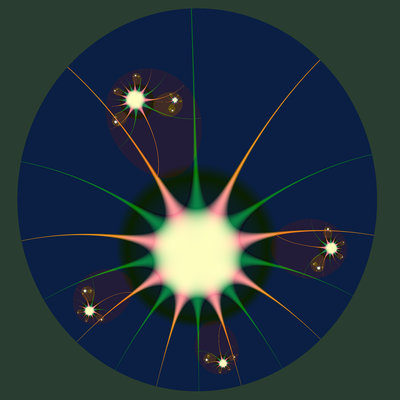 The prestigious Royal Institute for Victorian Literature said, “It’s obviously Dickens’ work. While he never actually quotes from it, he mentions a work, Microbe Town profusely in his diaries and letters, a few of which are to his publisher, who for some reason seems uninterested in it. Perhaps it wasn’t finished, although most of Dickens’ works were originally published as a continuous series of magazine installments. I rather suspect Dickens was uncomfortable with it and died before he could make up his mind to have it published.”

Still only available in hard cover, and elaborately illustrated, The King of the Microbes has completely sold out it’s first, and rather short, printing run. Copyright issues have blocked publication in the United States as the estate of Charles Dickens has said that since the manuscript was never published, it’s not in the public domain yet, unlike the rest of Dickens’ work, and therefore they still hold the copyright.

Borderbooks, a U.S. publishing house in New York, says it intends to publish the work since they say they have an exclusive contract with someone they claim to be the real, and currently “living” author. The real “Charles Dickens” who wrote the book they say is an american who uses “Charles Dickens” as a pen name and was something of a drifter who previously worked as a microbiologist and has been an avid fan of the original victorian writer all his life. 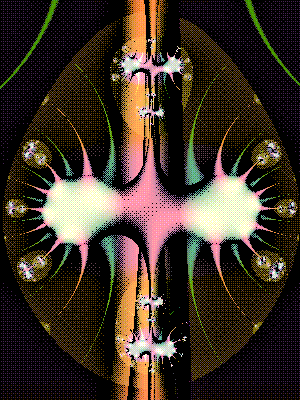 This american microbiologist apparently was intrigued by the references the original Dickens made to the unknown work, Microbe Town, and set out to write the novel that he thought the real Dickens would have made.

The mysterious writer has so far been unavailable for comment and, according to his publisher, was last seen “dressed up like the Ghost of Christmas Past on a motorcycle he bought with his advance money, seriously drunk, and intending to head out to California, with a surf board tied to the back rest of his motorcycle and promising to write a sequel along the way that he’d drop in the mail when he got there…”

Alright. That’s too much. I should have stopped before I got to the motorcycle, or the drifter.

Anyhow, I thought these processed Inkblot Kaos images would fit in just perfectly with such a novel, The King of the Microbes. Should it ever be written. Or discovered. Or whatever.

One thought on “Cult of the Microbe King”